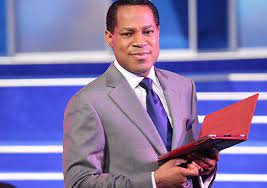 The Ghana Police Service says it has launched an investigation into the organization of a church conference in Accra, which resulted in thousands massing up at a single location.

The event, organised by the Christ Embassy Church and dubbed Pneumatica Night 2021 was held at the Fantasy Dome, Trade Fair Centre on Friday, April 30, 2021.

Photos and videos from the night showed people worshipping without face masks and the seating arrangement in total disregard of the state-directed social distancing protocols.

Congregants at the 2021 Pneumatica Night held at the Fantasy Dome on Friday.

The Police, in a press statement, revealed that the organizers did not give them any notice to â€œoversee an event of this magnitudeâ€.

The churchâ€™s action does not only put the whole country at risk of a third surge in coronavirus cases but also breaches the Imposition of Restriction Act, the Service added.

â€œThe event, advertised as a Church Service which ordinarily did not require notice under the Public Order Act, was organized at the blind side of the Police. Police have since Sunday morning locked up the Fantasy Dome and have started questioning leaders of the Church and Management of the Fantasy Dome about the event.â€

The Ghana Police Service added that any person found culpable during the investigation will be arrested and made to face prosecution.

Meanwhile, the Service has also sent police officers to survey the Christ Embassy Service Centre at UPSA where a similar programme had been advertised to carry on.

That programme was held with all Covid-19 protocols observed, the police stated.

The Service said that it will not hesitate to subject any person or group to the sanctions imposed by law if they breach the Imposition of Restrictions Act.