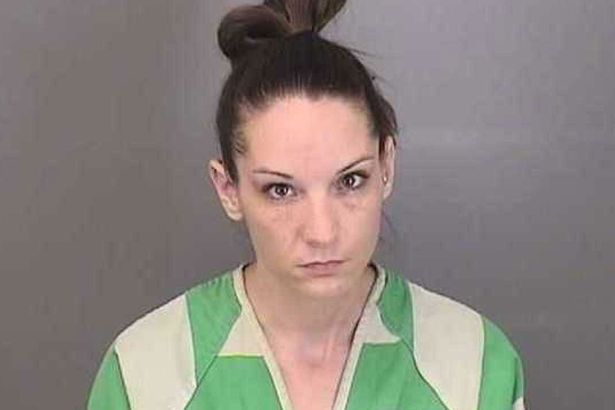 A paedophile mum had sex with her daughter’s friends when they stayed round her house for sleepovers.

Christina Greer, 38, gave two boys aged 12 and 13, marijuana edibles and groomed them into having sex.

The sick mum from Sarpy County in Nebraska, US, has been jailed for 102 years and cannot apply to be released until she has served 64 of them, local news channel WOWT reports.

Greer was sentenced on Monday for three counts of first-degree sexual assault of a child, two counts of witness tampering and six counts of child abuse, according to the Sarpy County Attorneyâ€™s Office.

Court documents showed that Greer had sleepovers at her home, gave children marijuana edibles and groomed two boys â€” ages 12 and 13 at the time â€” to have sex with her.

After sentencing, Sarpy County Deputy Attorney, Phil Kleine told the channel: â€œHaving sex with an adult female is thought of, thatâ€™s the cool kid of the group. Itâ€™s just not the case in these situations.

“Theyâ€™ve been bullied, transferred schools multiple times. Itâ€™s just unfortunate they have to continue to deal with it.â€

The station says police arrested Greer after a report was made that she was having sex with one of the boys from September 2017 to December 2017. And then in January 2019, another boy came forward with similar allegations, they said.

That August, a child enticement charge was added to Greerâ€™s list of charges.

Mr Kleine told the station: â€œNow our victims are 15, 16 years old. One of them just got a driverâ€™s license. Now theyâ€™re going to have to deal with this for the rest of their lives.

“Any relationship will have trust issues due to what she did to them.â€

Greer was allowed to address the court with an apology. Through a flow of tears, she told the court that she is â€œso ashamed and sorryâ€ for what happened. And that as a mother, she realises it was her duty to protect her children. She said that she has now â€œfailedâ€.

At sentencing, the judge said Greer left a â€œwake of destructionâ€ for the victims and their families. The boys, he said, â€œlost their childhoodâ€ because of her.

They pointed out that Greer will be in her early 80s by the time sheâ€™s eligible for parole in 2068.

Lauretta Onochie: Why Iâ€™m Being Attacked By Critics