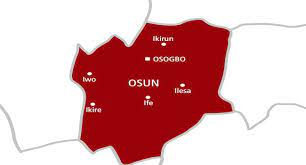 People were reportedly seen fleeing for safety as thugs who were in possession of dangerous weapons were physically assaulting passers by who dared walked through the barricaded stands.

The reason for the road blocks, however remains unknown as of press time.

Men of the police however sprang into action promptly to disperse them.

An anonymous passerby said, the thugs were trying to instill fear into the people’s mind.

According to him, “They are trying to scare and intimidate us with their babaric display, but we will not be intimidated. Come what may, we will come out and vote tomorrow”.

With just few hours left to the Gubernatorial election, residents can only hope for their safety during the election.

Advertisement
Related Topics:Thugs
Up Next