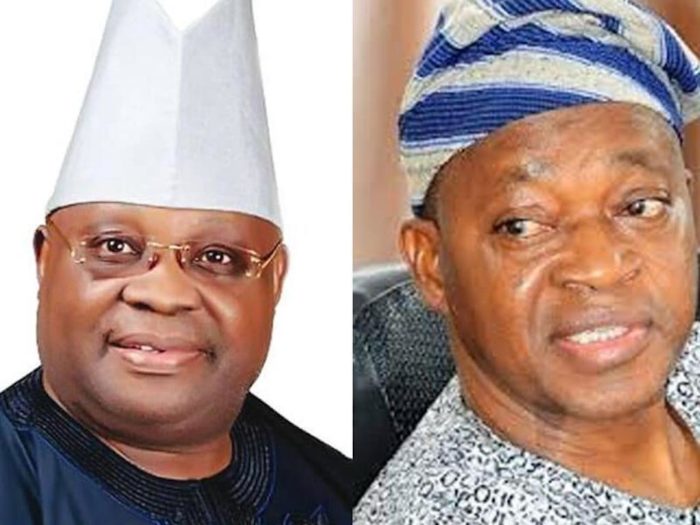 According to Vanguard report, a Force headquarters statement signed by Force Public Relations Officer, CSP Muyiwa Adejobi said, “Adequate police personnel of the rank of Chief Superintendents of Police and below have equally been deployed for the election.

“DIG Kokumo is responsible for overseeing the implementation of the Operation Order evolved from the Election Security Threat Assessment, to ensure a peaceful and conducive environment devoid of violence and to guarantee law abiding citizens in the state of a secured space to freely perform their civic responsibilities without molestation or intimidation”.

“Other Senior Officers deployed are tasked with coordinating human and other operational deployments in the three (3) Senatorial Districts, thirty (30) Local Government Areas and the 3,753 polling units in Osun State.

“The IGP ordered deployment of the Commissioner of Police and Provost Marshall at the Force Headquarters, CP Julius Alawari to Osun State for the election.

“CP Olokode Taoheed Olawale, the Osun State Commissioner of Police has been temporarily moved to the Force Headquarters until the conclusion of the election.

“The IGP, who has been billed to meet with stakeholders in Osogbo on Tuesday 12th July, 2022, emphasized that these necessary operational deployments are part of actions aimed at creating a conducive and enabling environment that will guarantee peaceful and proper conduct of the Osun Gubernatorial election.

“In addition, five (5) Armored Personnel Carriers for patrol as well as three (3) helicopters and 6 (six) Unmanned Aerial Vehicles (UAVs) for aerial surveillance amongst other unique operational assets were also deployed.

“The IGP reassured the nation and the international community that the Force is satisfactorily prepared for the election.

“He reiterated the commitment of the Force to synergizing with the Independent National Electoral Commission (INEC), all stakeholders and other security agencies to protect democratic values, provide level playing field for all political actors, ensure adequate protection of voters, INEC officials, equipment, accredited observers, both domestic and international, and other key players in Osun State.

“The IGP, therefore, admonished the good people of Osun State to be law-abiding and comply with the restriction of movement order which will be announced as and when due.

“The IGP equally urged them to come out en masse and exercise their franchise as adequate security has been emplaced by the Police and other security agencies to protect them before, during, and after the election.”