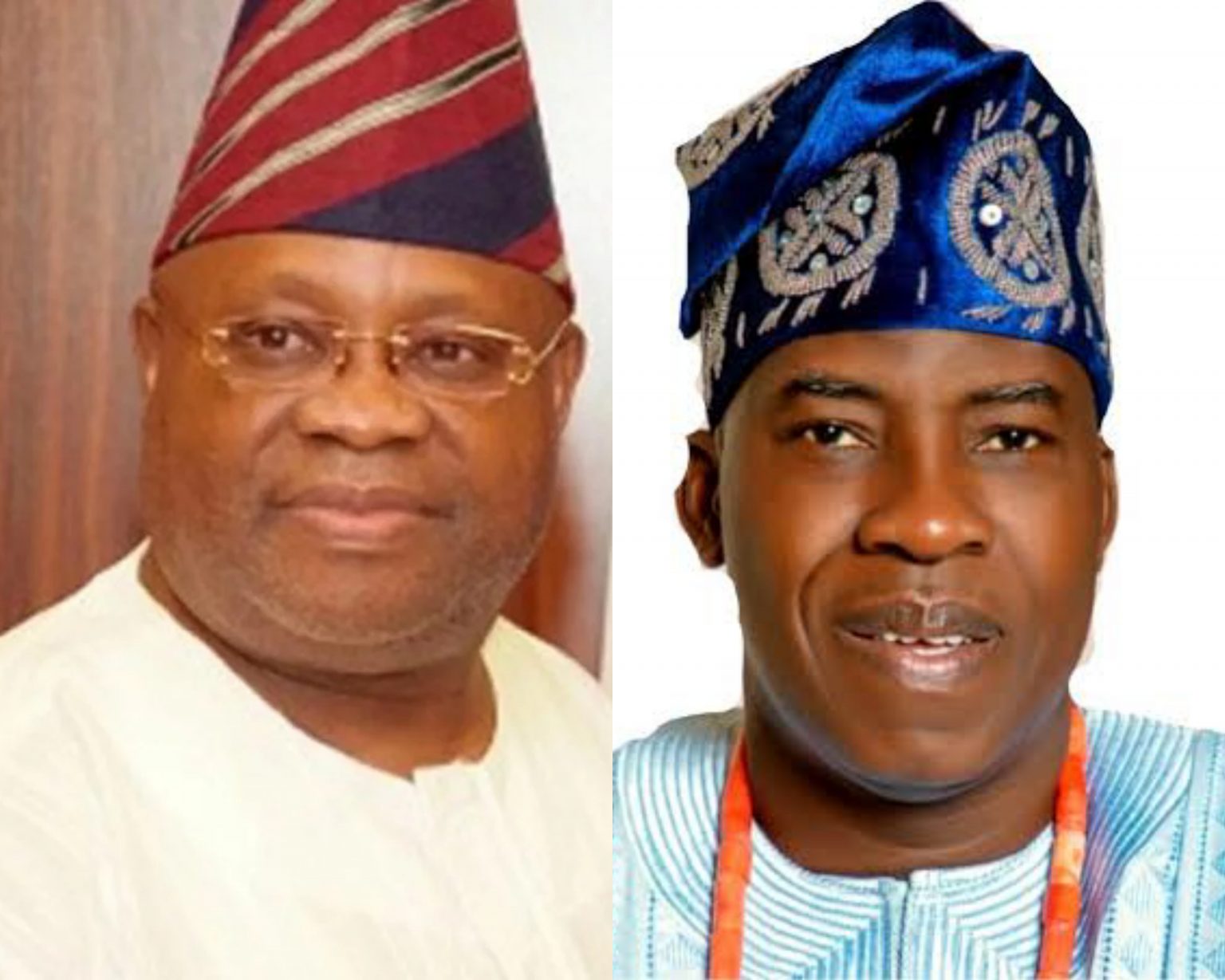 The Federal High Court in Osogbo has fixed May 18, for judgment on the governorship ticket tussle between Prince Dotun Babayemi and Senator Ademola Adeleke both of the Peoples Democratic Party (PDP).

The court, presided over by Justice Nathaniel Ayo-Emmanuel, reserved the judgment to determine who among the aspirants would be the PDP’s flag bearer for the July 16 governorship election in Osun.

Ayo-Emmanuel fixed the date on Monday after counterarguments on points of law by counsel to both the plaintiff and defendants.

The News Agency of Nigeria (NAN) reports that the PDP during its governorship primary elections on March 8, held parallel primaries in the state.

In one of the primaries held at the Osogbo City Stadium, under the supervision of Deputy Governor of Bayelsa, Mr Lawrence Ewhrudjakpo, as Chairman, Sen. Ademola Adeleke was declared the winner.

However, in another primary held at the Women and Children Development Initiative Foundation (WOCDIF) Centre, Osogbo, Mr Dotun Babayemi was declared the winner.

In a list of candidates later released by the Independent National Electoral Commission (INEC) Adeleke’s was recognised.

Babayemi, however, approached the court challenging the nomination and submission of Adeleke by the PDP to INEC and the validity of the governorship primaries conducted at the stadium against the one conducted at WOCDIF.

Counsel to the Plaintiff, Mr Yusuf Alli (SAN), told the court that affidavits with written addresses, attached with documents and various court orders to support the originating summon were submitted to the court.

Alli prayed to the court to ensure that justice was served in favour of his client in line with the constitution.

He argued that the primary election conducted by the national working committee of the party was contrary to the extant orders of the Osun High court.

Alli prayed the court to set aside the suit in favour of his client.

He also informed the court to adopt all processes he tendered in favour of his client, in accordance with section 287(3) of the 1999 constitution, as amended.

Alli prayed the court to strike out the application brought by the defence counsel.

According to him, the defendant’s application lacked competency and locus-standi.

Earlier, Mr M.S. Atolagbe, counsel to the second defendant (PDP), told the court that notices of preliminary objections with written addresses and necessary documents were filed against the application brought by the plaintiff’s counsel (Babayemi).

Atolagbe explained that the application by the plaintiff lacked competency, and prayed the court to grant the prayers of the party, especially on the jurisdiction, in line with section 84 (14) of the Electoral Act.

He argued that the plaintiff did not participate in the primary election conducted by the National Working Committee (NWC) of the party.

He urged the court to strike out the plaintiff’s suit due to lack of competency.

Jimi-Bada averred that it was the NWC that had powers to conduct party primaries and not some few individuals in the state executive.

He urged the court to discountenance the submission of the plaintiff’s counsel.