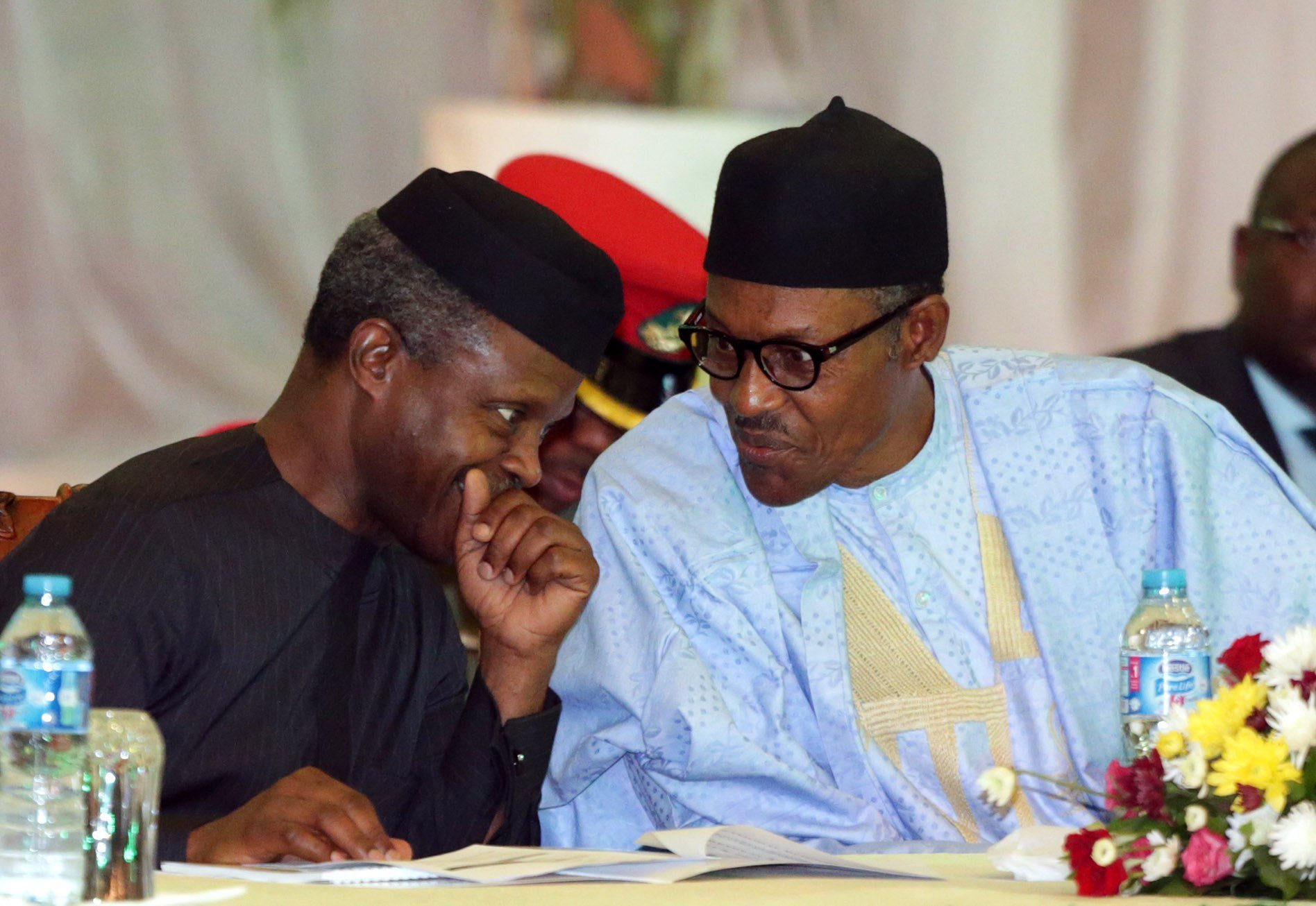 Osinbajo Explains Why God Has Positioned Him To Succeed Buhari

Vice President Yemi Osinbajo, Friday in Anambra, said having served as Vice President in the past seven years with the Presidentl Muhammadu Buhari , he was convinced that God made it possible so he would better serve Nigerians as the next President.

He also noted that the security efforts by the Buhari regime would soon manifest in the coming years.

Osinbajo was speaking on Friday in Awka, the Anambra State capital, while meeting with delegates of the All Progressives Congress, in continuation of his engagements with party delegates and stakeholders across the country.

This is according to a statement signed on Saturday by the Senior Special Assistant to the Vice President on Media and Publicity, Laolu Akande, titled ‘How Buhari administration is fixing Nigeria’s security architecture—Osinbajo’.

Since his official declaration on April 11, the Vice President has visited at least 10 states including Oyo, Ondo, Ogun, Edo, Delta, Taraba, Adamawa, Anambra, Enugu and Lagos.

Fielding questions from delegates, the Vice President restated his experience in government, noting that “after serving as Vice President and being exposed to several aspects of governance by President Muhammadu Buhari, I know that God made this possible so that I would serve the people as President.”

He said in addition to implementing socio-economic measures for the benefit of the Nigerian people and national development, the Buhari regime has taken important steps to re-engineer the country’s security architecture, and the fruits of that are imminent.

“Re-engineering of the security architecture, with the view to be more effective on the ground, we will begin to see the fruits of that, especially with the acquisition of more platforms – mobile platforms, air platforms, and, of course, technology, that will be useful in resolving some of these problems,” he said.

Applauding Governor Soludo for his wealth of experience, the Vice President said, “I’ve sought Prof. Soludo’s advice well before he became one of the members of the Presidential Economic Advisory Council. We are looking forward to working with you, and I believe that all will be well with our country and Anambra State.

“Everyone is looking to Anambra State; this is one of the major hubs of industry, especially small businesses; and a place where we expect to see very significant contributions to the national economy.”

On arrival at the Anambra International Cargo Airport, the Vice President was received by the State Governor; Deputy Governor, Dr. Onyeka Ibezim; and other senior state government officials, including Anambra State House of Assembly Speaker, Rt. Honourable Uche Okafor, and APC stakeholders in the state led by the State Chairman, Sir Basil Ejidike.

In Enugu State, Osinbajo made a stop at the Southeast Zonal Office of the APC, accompanied by the State Chairman, Hon. Ugochukwu Agballa, and other party stalwarts.

After his visits to Anambra and Enugu States, the Vice President proceeded to Lagos State, where he attended the Southwest APC Elders’ meeting with other aspirants from the zone. The meeting was co-convened by the first Chairman of the APC, Chief Bisi Akande, and a former Governor of Ogun State, Chief Segun Osoba.