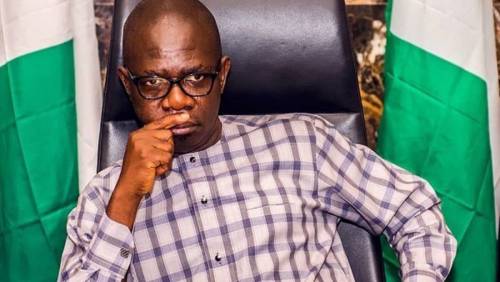 The Deputy Governor of Ondo State, Mr Agboola Ajayi, may dump the Peoples Democratic Party ahead of the governorship election in the state.

It is gathered on Wednesday that Ajayi had concluded plans to defect to the Zenith Labour Party (ZLP) in a bid to realise his governorship ambition.

Sources  noted that Ajayi had started consultations with the leaders of the ZLP in order to become the candidate of the party.

The deputy governor resigned his membership of the All Progressives Congress on June 21, 2020, following a feud with his boss, Governor Rotimi Akeredolu.

After his resignation, he defected to the PDP and contested the party’s July 22 primary but lost out in the exercise after polling 657 to emerge second.

A source privy to the development said Ajayi would soon defect to the ZLP with his supporters.

The source said Ajayi had met with Olusegun Mimiko, the immediate past governor of the state. Mimiko is said to be the chief financier of the ZLP.

He explained that although the ZLP had already elected its governorship candidate, Mr Rotimi Benjamin, the party was open to the option of convincing Benjamin to step down for Ajayi.

The source said, “Ajayi is already in talks with leaders of the ZLP. He has met with Dr Mimiko. I know the political intrigues will shock a lot of people in the coming days.

“I know before the next of the week or next week, the coast would get clearer, and the deputy governor would join the ZLP.

“Following his performance in the PDP primary, Mimiko developed an interest in the deputy governor because of the number of votes he polled despite joining the race late.”

Allen Sowore, the Special Adviser on Media to the Deputy Governor, told SaharaReporters on the telephone that Ajayi was only consulting and seeking reconciliation, after his loss in the primary of the PDP.

He disclosed that leaders of some political parties in the state had reached out to the deputy governor to be their candidate but that his boss has turned down their offers.

He said, “What I can only tell you is that the deputy governor (Ajayi) is only consulting ahead of the election. Truly, he has held meetings with major stakeholders in the state.

“I can’t confirm the report of him dumping the PDP for another party. I can’t speak for him on that but you would hear from us soon.” 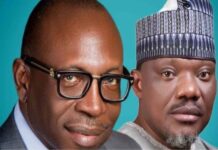