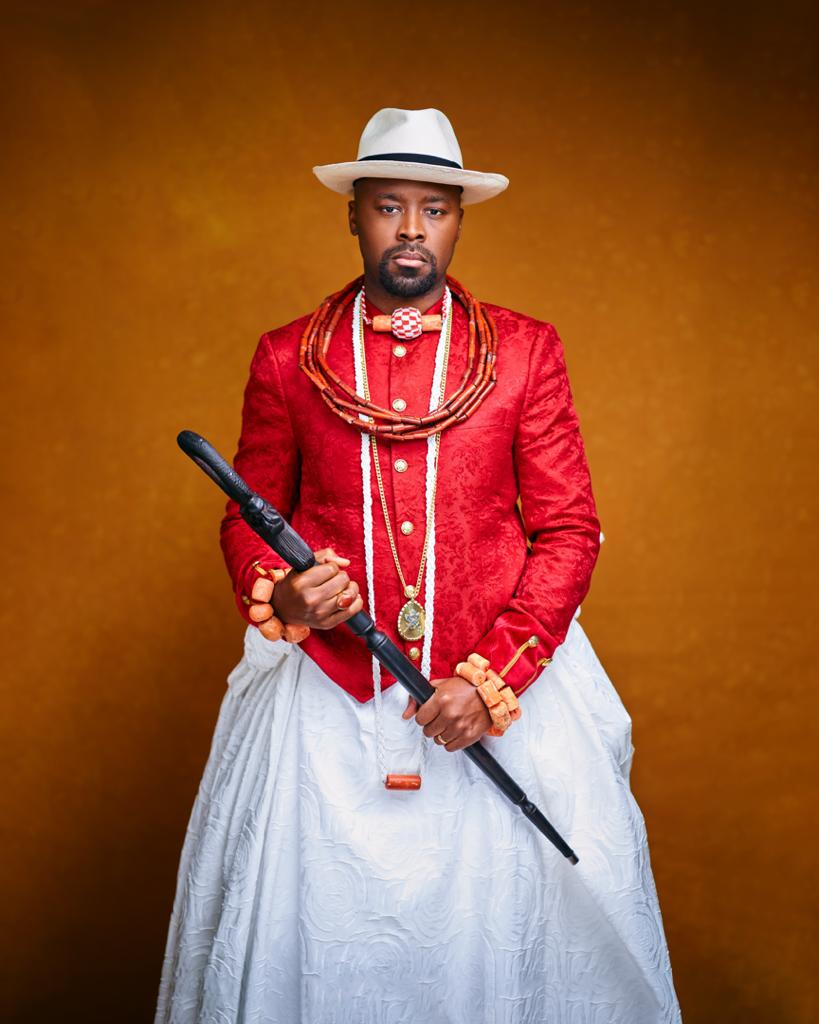 Providence has prepared him to be; even with the schemishes of the past and present, his light has refused to wane.

Utieyinoritsetsola Emiko, has shown the world with his wise conducts, achievements and accomplishments that he is prepared to change the narrative of the Itsekiri Land.

There are strong pointers to the fact that Tsola has come on the scene to make a statement, a mark that might see him as the greatest Olu of Warri in the history of the kingdom.

Little wonder that his announcement as the 21th Olu of Warri designate was greeted with excitement by the high and low in the state and beyond, including the Itsekiris, as a monarch who will make a mark with distinction and difference in the kingdom.

Bola Tinubu, National leader of the All Progressives Congress (APC) and a former Governor of Lagos state, while congratulating Emiko on his announcement as the Olu designate, fell short of telling the people that he (Emiko) is someone God has prepare for the responsibility of ushering a new dawn in Warri kingdom.

Tunde Rahman, media aide to the APC national leader, quoted his principal as saying that the emergence of Emiko as the next monarch is a testament â€œto the fact that he is indeed ordained to mount the throne of his fore-fathers.”

Tinubu, while praying that the kingdom will experience rapid development and prosperity under Emiko, said, â€œIâ€™m delighted over the announcement of the new Olu of Warri Kingdom, Utieyinoritsetsola Emiko.

His eventual emergence is a testament to the fact that he is indeed ordained to mount the throne of his fore-fathers,â€ he said.

â€œI congratulate the Omoba and the entire Itsekiri Nation. May his reign usher
in peace, unity, rapid development and prosperity to Warri Kingdom.

President Muhammadu Buhari, while also congratulating Emiko and prayed for a peaceful reign that will be signpost by massive development of Itsekiri land.

The President called for reconciliation after a race for the throne and noted that peradventure any dissension exists, such should be resolved through due process.

Governor Ifeanyi Okowa on his part also gave his backing to Utieyinoritsetsola Emiko and called for reconciliation of the people to ensure peaceful reign.

â€œPlease extend my congratulations to the new monarch and we assure him that our prayers are with him just as we pray that the Itsekiri nation will remain united.

“It is only when there is peace that we can have development not only in Warri but the entire Delta State,â€ Okowa stated.

His reign is not expected to fall short of the developmental stride and transformation that the 28 years reign of his father, Ogiame Atuwatse II, brought to Warri.

Described as a serial entrepreneur, Emiko is expected to bridge the gap of unemployment amongst the youths of the kingdom through his wealth of experience.

From his background, he is expected to provide the leadership that will ensure an enduring peace between his people and oil majors that the Itsekiri nation play host to.

He is expected to cement the relationship of the kingdom with the state government as well as the federal government in order to attract developmental projects as well as ensure the completion of abandoned projects in the area.

For instance, the case of the abandoned Koko-Ogheye-Epe-Lagos dual carriageway started in 1955 and re-awarded in 2010 to Lavant construction company.

The dual carriageway was conceived in 1955 through the late Festus Okotie-Eboh as a former Federal Commissioner of Finance.

Upon completion, the project will cut the travelling time from the area to Lagos by over three hours.

Lastly, development can only be enthroned in an atmosphere of peace, as President Muhammadu Buhari rightly adviced, the Olu is expected to play a key role in reconciling every individual that are aggrieved for whatever reason.

Beyond that, the issues of feuding communities in the kingdom on one hand, and with other neighbouring communities on the other hand, must be resolved and seen as a thing of the past for the needed development to take place.

These are by no means a tall order for the Olu whose choice have been viewed as God’s ordained.

Like earlier stated, providence has not only entrusted him with this responsibilities, his academic exploit, in addition to his accomplishments as a business man have also placed him in a pole position to ensure an enduring legacy in Itsekiri land.

Emiko was born on April 2, 1984 to Ogiame Atuwatse II, the Olu of Warri & Olori Gladys Durorike Emiko, in Warri, Nigeria.

He received his early education at the NNPC Primary School, Warri and there, he proceeded to Adesoye College, Offa, Kwara State, for his secondary education between 1995 and 2001.

Not satisfied with only a post-primary education, the young prince then proceeded to the Case Western Reserve University, Cleveland, Ohio, United States of America from where he earned a Bachelors of Arts degree between 2002 and 2006.

He majored in International Studies & Political Science, even as History & Economics were his subsidiary areas of specialisation.

In 2007, the young prince returned to Case Western Reserve University from where he obtained a Master of Science in Management.

He returned to Nigeria in 2008 for the mandatory National Youth Service Corps (NYSC) and served in the Public Affairs Department of National Petroleum Investment Management Services (NAPIMS).

Between 2009 and 2010, he worked as an officer at the Shell Nigeria Closed Pension Fund Administrator (SNCFPA) and Sahara Energy between 2010 and 2012 as a Government Relations Officer.

As an entrepreneur, Tsola Emiko is the founder of Noble Nigerian Ltd and Coral Curator Ltd. He is a Director at the Ocean Marine Security Ltd as well as at the Gulf of Guinea Ltd and Vessellink Nig Ltd.

With this rich education background, the youthful Olu, a trailblazer, known for many positive things to many people, would superintend over a population of no fewer than one million people.

Rich in culture, Itsekiris traditionally refer to their land as the Kingdom of Warri or ‘Iwerre’ as its proper name, which is geographically contiguous to the area covered by the three Warri local government districts.

The area is a key centre of Nigeria’s crude oil and natural gas production and petroleum refining and the main town Warri (a multi-ethnic metropolis), forms the industrial and commercial nucleus of the Delta State region.

The Itsekiris live mainly in the Warri South, Warri North and Warri outh West local government districts of Delta State on the Atlantic coast of Nigeria.

Significant communities of Itsekiris can be found in parts of Edo and Ondo states and in various other Nigerian cities including Lagos, Sapele, Benin City, Port Harcourt and Abuja.