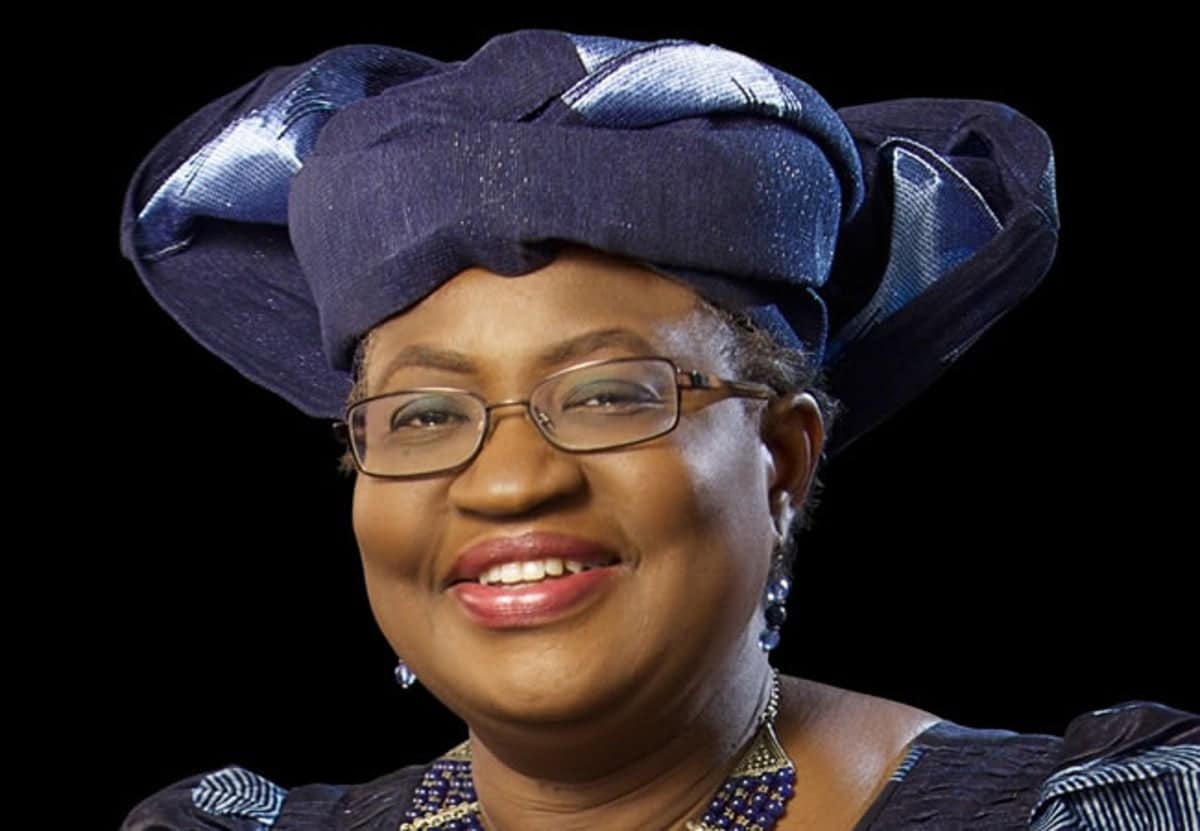 Okonjo-Iweala Becomes The First Woman To Win Forbes 2020 Africa Person Of The Year, See her Reaction.

Ngozi Okonjo-IwealaÂ on Tuesday, 1st December was named as the Forbes Africa Person of the Year 2020, becoming the first woman to win the award.

Okonjo-Iweala is a 2-time Minister of Finance in Nigeria and former Managing Director Operations World Bank as well as several other positions in which she has consistently distinguished herself.

With this fresh award, Okonjo-Iweala joins the list of illustrious Nigerians and other Africans to have been named as the person of the year.

Theeditorng.com understands former governor of the Central Bank of Nigeria, Muhammad Sanusi II bagged the first edition of the award in 2011.

Akinwumi Adesina, former Nigerian Minister and current president of the African Development Bank (AfDB), won the award in 2013 and again in 2019.

Also, Nigeriaâ€™s richest man and president of the Dangote Group,Â Alhaji Aliko DangoteÂ was named the Forbes person of the year in 2014.

Paul KagameÂ of Rwanda clinched the award in 2018.

Meanwhile, Okonjo-Iweala has reacted to the conferment of the award, dedicating it to fellow Africans. She also expressed delight for been chosen for the award.

â€œThrilled to be named @forbesafrica-CNBC 2020 African of the Year following in the footsteps of my great Brothers @PaulKagame and @akin_adesina. This award is for fellow Africans suffering the health & economic impact of Covid19. The energy and resilience of Africans inspires me!â€Â she said. 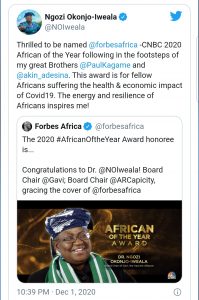 Peter Obi Speaks On Recent Defection Of Umahi To APC