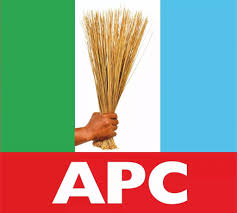 Ahead of the local government elections in Ogun State, the ruling All Progressives Congress (APC) has constituted the State Campaign Committee headed by the State Deputy Governor, Engr. Noimot Salako-Oyedele.

This was contained in a statement issued in Abeokuta on Friday and signed by the APC Publicity Secretary in Ogun State, Comrade Tunde Oladunjoye.

According to the statement, the terms of reference for the high-powered committee include â€œoverall coordination of the APC Local Government Elections Campaign activities, including but not limited to drawing up a state-wide campaign timetable and itinerary and liaison with respective Local Governmentsâ€™ Campaign Committees.â€

The terms of reference also include â€œidentification of projects to be commissioned by the State Governor, Prince Dapo Abiodun during the campaign across the twenty local government areas of the state, determination of required campaign resources and materials and support to the Local Government Campaign Committees and Candidates; preparation of campaign budget and solicitation for funds; and any other issue that may be required for a successful campaign.â€