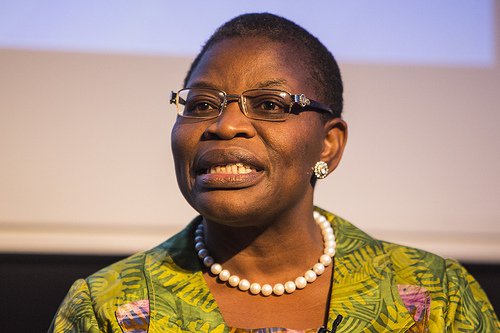 Ezekwesili who served as a former minister of education under the Chief Olusegun Obasanjo led government told the President to leaveÂ his cows in DauraÂ and prioritise the lives of the school children who were separated from their loved ones for about four days now.

Expressing her anger over the disturbing incident, Ezekwesili urged Buhari to seek the help of the US military without hesitation and rescue theÂ kidnapped students.

Reacting via a thread on her verified Twitter account, Ezekwesili said:Â â€œPresident Buhari should leave his cows for once in preference for the lives of his fellow human beings. It is inhuman for a supposed leader of a country to be as uncaring as you are to the latest cries of parents of 333 Kankara boys. Why are you so inhuman Buhari?
â€œThe outrage I feel about the tragedy of #KankaraBoys cannot be vocalized. That 6 years after Chibok Girls with 112 still unaccounted for? That two years after Dapchi girls with Leah Sharibu still unaccounted for? Now 333 Kankara boys abducted?
â€œThe biggest shame on Buhari, what exactly is the grossly incompetent and coldly indifferent Buhari really doing in Katsina State while disconsolate parents of 333 Kankara boys cry their eyes out?
â€œDoes the President know more than we are being told about the whereabouts of those students? In October, US military forces rescued their one citizen held hostage by terrorists within our territory. Buhari as Commander-in-Chief of Nigerian Army should please accord highest priority to the lives of 333 #KankaraStudents and seek US support immediately.â€

After She Was Arrested Alongside Omah Lay, Tems Goes On Hunger Strike (Video