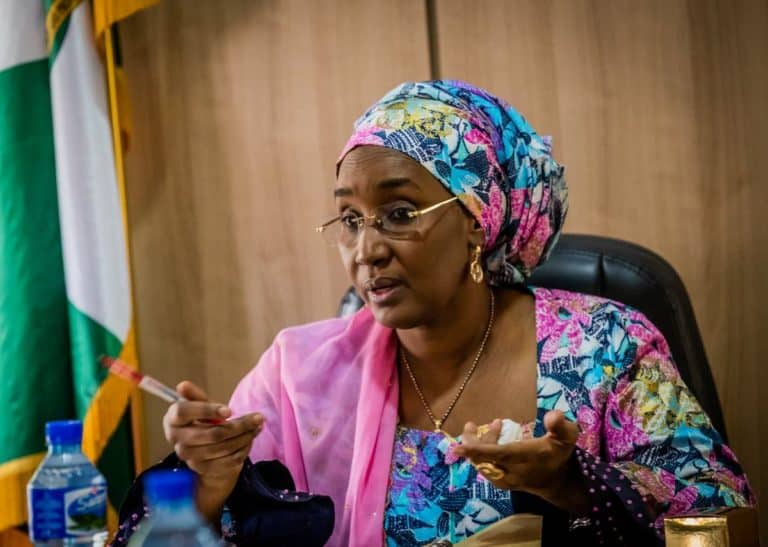 Npower Latest News on payment of January and February stipend today Monday, 14th March 2022 can be accessed below.

370,000 Npower Beneficiaries have qualified for Npower Nexit Training starting Next Week, 14th March 2022. Newsone reports that the Management of the Npower Nexit has confirmed that the Federal Government will Flag Off the Proposed CBN Nexit Business Loan Training Next Week. You recall that Npower discussion group earlier shared an update stating that the Nexit training will commence on the 14th of March 2022.

How to fix BVN already used issues in NPower Stream 2 Biometrics Verification can be accessed below. Are you a Npower batch C stream 2 applicants Shortlisted for biometrics fingerprint capturing verification and each time you click on the fingerprint verification button, it will take you to a form which when trying tolled will lead you eventually to getting a response saying BVN has been used already? Well if you nd yourself in this situation then we advised you to follow the instructions below! Nasim’s self-service.

Direct link to download NASIMS Npower biometric software on your device can be accessed below. NewsOne understands that the Nasims Portal is slow in loading which is caused by too much traffic on the portal. Hence, we will be providing a direct link to download the Nasims Npower biometric Software that will enable you to do the fingerprint verification with your laptop or phone.

How To Do NPower Stream 2 Fingerprint Biometric Enrollment 2022

See how to do NPower Stream 2 Fingerprint Biometric Enrollment 2022 below.
NewsOne had earlier reported that the list of Npower Batch C stream 2 has been released by Nasims for biometrics fingerprint capturing.

As FG set to conduct Nexit training for the exited Npower batches A and B beneficiaries this February, FG has said that 300k Nexit Scheme Applicants To Enjoy CBN Loan. Read details below:

NewsOne reports that the Ministry of Humanitarian Affairs, Disaster Management and Social Development Minister, Hajiya Sadiya Umar Farouk, stated this on Thursday during the weekly ministerial brie ng organized by the presidential media team that the Federal Government will be providing 300,000 N-Power exited beneficiaries with loan facilities from the Central Bank of Nigeria (CBN) after Nexit vocational training….READ MORE

NewsOnline reports that the management of the Npower Programme has Resumed Batches A-B 5 Months Backlog Payment. This information was released today 8th February 2022 by Nasims....Read mOre

NewsOne reports that NPower Management through NASIMS has reinitiated the payment of October and November stipends payment to affected beneficiaries.

The management made this known via a post on it’s official Instagram handle on Saturday afternoon, January 29th, 2022…..Read More

NewsOne reports that the federal government through the Nexit management team has announced Nexit Training Date For Exited Npower Beneficiaries.

Npower Failed Payment – Why You Should Not Worry If Once Paid

In today’s latest Npower news – We will be discussing Npower Stipends News – Failed payment – Why You Should Not Worry If Once Paid if you are among the current batch C stream 1 beneficiary.

I have seen a lot of compliments about failed payment processing on your Nasims dashboard so I decided to create this post to keep you at peace. As the Npower management has stated beforehand, all failed payments will be sorted out and payments made to the affected Beneficiaries…..Read More…

NewsOne reports that days after initiating, removing, and reinitiating the November stipend process, the Npower management Nasims has commenced payment.

The Beneficiaries of the Npower Programme took to their various discussion group and forums of social media to share their story and how excited they are. They commend the management for November Payment and equally ask them to pay December stipends also.
As it is at the moment, since the Npower batch C stream 1 beneficiaries commenced duty at their place of primary assignment PPA since last year October 2021, they have so far received 3 months Stipends including September Stipend. Payment of December and January will make it 5 months….READ MORE

NewsOne reports that beneficiaries of the Federal Government’s N-Power scheme have started receiving bank alerts of N30, 000 for their November 2021 stipend.

Some volunteers (Batch C) who spoke to NewsOnline Nigeria on condition of anonymity confirmed the development on Tuesday morning. It would be recalled that since the famed scheme was transferred to the Ministry of Humanitarian Affairs, Disaster Management, and Social Development from the office of the Vice-President Yemi Osinbajo in October 2020, complaints of recurrent delay in stipends payment have been registered….Read More

NewsOne reports that Npower Management through the NASIMS platform has paused the payment of Npower September and October stipends to beneficiaries….Read More

NewsOne reports that NASIMS has finally resumed the full payment of 2021 September and October Npower Stipends to all beneficiaries after a temporary pause. Recall that a few days ago, Nasims stated that in its quest to ensure Beneficiaries are paid at once, they adopted the Bulk payment approach which was partially successful resulting in some accounts getting credited and some not, due to network instability. As a result, October payments were paused to get the challenge sorted out…..Read More

NewsOne reports that Npower October Payment has commenced. This online newspaper understands that NASIMS kicked off the payment of October to all Beneficiaries after a temporal pause…..Read More…

NewsOne reports that the management of Npower via its Facebook page announced that they have initiated the Npower Batch C1 Beneficiaries, outstanding payment process.
You may want to also check Apply For Federal Government Scholarship Awards (BEA) 2022-2023…Read More

The management of Npower Programme Nasims has given a new update regarding Payment Of Last Allowance To Non-graduate Npower Trainees. According to Nasims, this is to bring to your notice that the last allowance for Power none graduate trainees currently undergoing training at different centres has been disbursed. While some accounts have been credited, be rest assured all qualified trainees will be paid.
As the training will gradually be rolling out, we wish you well in all your endeavours and implore you to make judicious use of the acquired skills, Nasims said…..Read More…

The Minister of Humanitarian Affairs, Disaster Management and Social Development, Sadiya Umar-Farouq on Wednesday said the Federal Government will soon enlist additional 400,000 youths under the N-power program. Umar-Farouq said the youths will be enlisted under Batch C2 for the program which is aimed at equipping the youths with life-long skills…..Read More…

The discussion today will focus on How NPower October, November, December Stipends May Drop Like A Thief At Night. So read on!

At a time like this, when N-Power volunteers have lost hope of receiving their 2021 October, November, and December stipends before Christmas as they countdown to the year 2022, they might still be surprised by Npower and get paid unexpectedly like a thief while they are asleep at night….Read More...

A total of 3,000 youths drawn from the North Central geopolitical zone of the country have been successfully trained in skill acquisition by the federal government. The youths trained under the programme, tagged:”N-knowledge Life Skills Acquisition Programme”, of the N-Power Scheme, would be given start-up items including laptops upon graduation next week,Tuesday.

The three-month programme which is the initiative of the Federal Ministry of Humanitarian Affairs, Disaster Management and Social Development,is aim at empowering youths who don’t have anything doing through skills acquisition….Read More…

The Management of Npower through NASIMS has revealed that all problems regarding September payment have been resolved for those who followed earlier instructions…..Read More..

The federal government through the management of NPower Programme has given a new update regarding the Npower batch C1 Non Graduate Outstanding Feeding Allowance Payment….Read More…

Npower batch C payment date and amount FG will pay beneficiaries can be accessed below.
Newsone reports that the Federal Government of Nigeria led by President Muhammadu Buhari, has announced that the N-power batch C beneficiaries will have their payment every 25th of the month….Read More…..