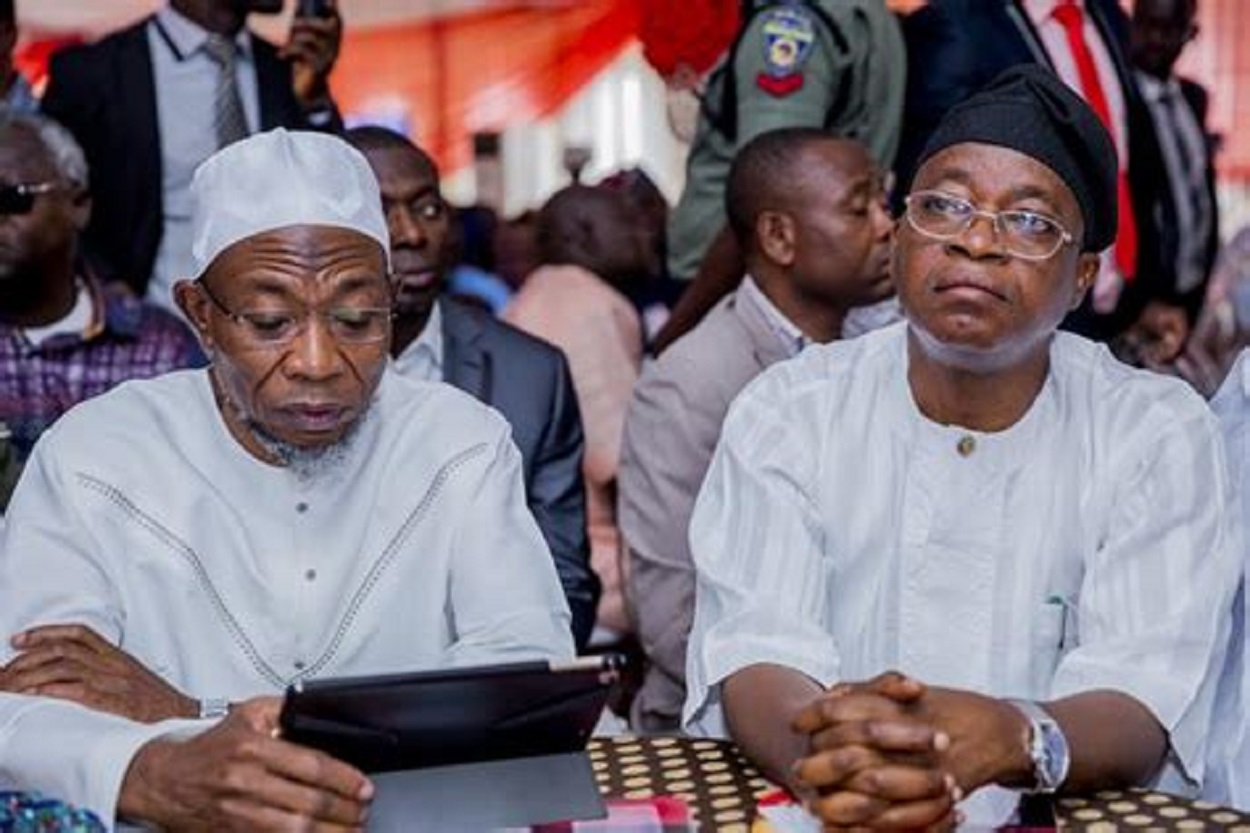 Mr. Lowo Adebiyi, the chairman of ‘The Osun Progressives’ a faction in the All Progressives Congress, APC in Osun State, has debunked claims of reconciliation between the Minister of Interior, Rauf Aregbesola and Osun state Governor, Adegboyega Oyetola.

On Sunday, pictures of Oyetola and Aregbesola hugging had started making the rounds on social media with captions suggesting that the duo had reconciled.

However, when Punch contacted Adebiyi he stated that no reconciliation had occurred between the two politicians and blamed members of Ileri Oluwa, the campaign group of Oyetola, for circulating the pictures.

He said: “They are old pictures. Members of Ileri Oluwa group are behind it. Disregard them. If there will be reconciliation, it is not pictures that you will see first. Discussion will be held first. No discussion yet. Nothing happened. No reconciliation yet.”

Mr. Rasaq Salinsile, the chairman of the APC faction in Osun supported by Aregbesola also stated that the pictures were from three years ago when Aregbesola visited the state for an official event and paid Oyetola a visit.

He said: “To the best of my knowledge, there is nothing like reconciliation. The pictures were taken about three years ago when Ogbeni came for an event organised by his Ministry in Ilesa and he paid a courtesy call on Oyetola.

“I was at the scene where the pictures were taken. It may happen tomorrow, but as of today, nothing like reconciliation.”