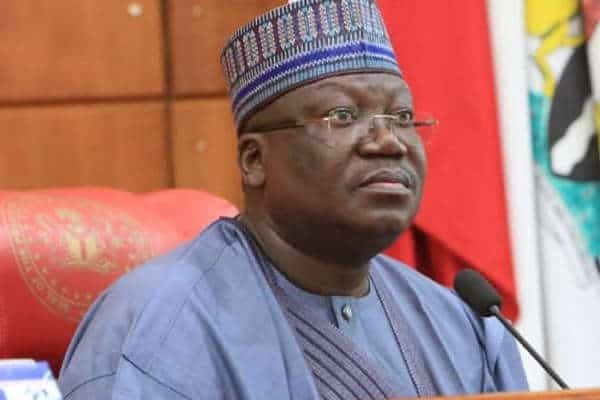 Senate President Ahmad Lawan has asserted that President Muhammadu Buhari has addressed the issue of corruption in government far better than his predecessor.

The Editor Nigeria Lawan made the assertion while speaking on the sideline of the second national summit on diminishing corruption and the launch of the national ethics and integrity policy by the Independent Corrupt Practices and Other Related Offences Commission (ICPC).

Lawan said those who claimed corruption is widespread under the current administration are being petty. noting that their claims amount to are mere speculation.

He averred that those trying to discredit the effort of the government in fighting corruption are being partisan.

He said the current administration has performed excellently in addressing corruption issues, adding that no previous government ever built its campaigns on fighting corruption like the Buhari-led government.

He noted that some previous administrations didn’t even broach the subject of corruption let alone tackle it.

â€œYou will recall that in a particular former administration, we know that somebody once said that what people accused the government of corruption was simple stealing. This administration does not see anything that appears like corruption or thievery and leaves it untreated. So, I believe it depends on who is talking.

â€œLet me be a bit more decent and maybe non-political. But I want to tell you that this administration has done so well because we campaigned on the basis of three pillars of anti-corruption, the fight against insurgency and insecurity across the country, and the revitalisation of our economy.

â€œThis administration has stood firmly, trying to fight corruption, and I want to believe that those who are saying thereâ€™s more corruption in Nigeria today than before are simply trying to be partisan or petty.â€

Advertisement
Related Topics:BuhariCorruptionLawan
Up Next