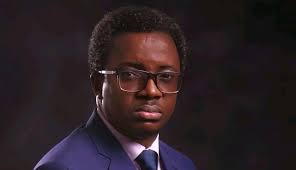 The NMA has NARD as one of its affiliate unions.

The President, Major General Muhammadu Buhari (retd.), last Friday met with the leadership of the NMA as part of moves to resolve the ongoing crisis in the health sector.

Subsequently, NMA initiated a meeting with NARD, requesting resident doctors to call off their ongoing strike.

The Vice President of NARD, Adejo Arome, told The PUNCH on Tuesday that the NMA leadership met with the Presidency on matters relating to personal interests.

He said, “The NMA President went there to source for funds for his federal university. They didn’t talk about NARD.

“Look at the British Medical Association, they wrote a letter to their government and told them the UK needs 50,000 doctors before winter. They tell their government the truth and of course we are going to mobilise our members when the time comes.

“For us at NARD, we are not politicians, we are unionists. The NMA went to deal with their personal issues.”

Similarly, the NARD President, Uyilawa Okhuaihesuyi, in a separate interview said the ongoing strike would continue despite the pleas by the Minister of Health, Osagie Ehanire.

Ehanire had, during the ministerial press briefing on COVID-19 on Monday, appealed to the resident doctors to return to work while adding that the government would meet their demands.

But Okhuaihesuyi said, “The minister is entitled to his own opinion. For us, we are continuing with the strike and we will meet them in court tomorrow.

When contacted on the telephone, the NMA President, Prof Innocent Ujah, declined to comment on the matter.

“I am not talking to journalists,” he said after he has been told the purpose of the interview.

Meanwhile, the Federal Government and NARD will be returning to the National Industrial Court today.

The FG had dragged the association to court over the strike which it commenced on August 2.

Although the court asked the resident doctors to return to work, they have so far insisted that they will continue with the strike.