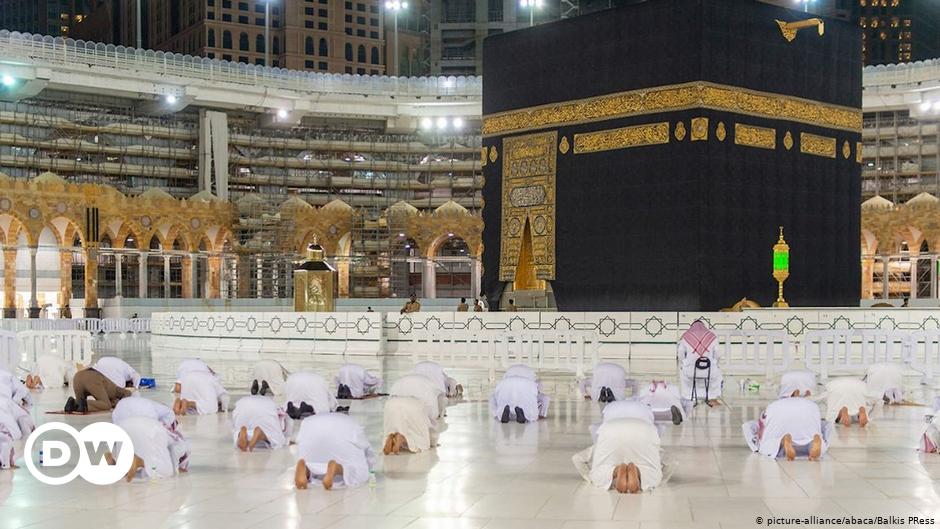 Some Nigerian Pilgrims to Saudi Arabia have lamented the non-provision of accommodation for them since the day they arrived in the Holy land.

According to a video seen by SaharaReporters, the Muslim pilgrims who claimed to be from Kwara State said they have been without accommodation because the stakeholders could not make provisions for them.

One of the women in the video was heard, lamenting, “They didn’t give us hotel or any accomodation. We have been sleeping outside.”
A relative of one of the victims told SaharaReporters that they had also lodged a complaint with the State Welfare Pilgrims Board concerning the issue.
He said the Kwara State Amir Hajj, Awa Ibrahim, claimed that it was not the responsibility of the state board to make such provision.

“The man told us that accommodation for the pilgrim is the responsibility of the National Hajj Commission,” the relative said.

The Editorngr.com gathered that the National Hajj Commission, NAHCON, has announced earlier this year that, “Nigerian pilgrims for 2022 Hajj from Southern Nigeria are to pay N2,496,815.29, while their counterparts from Northern part of the country will pay N2,449,607.89.

“For Adamawa and Borno states, they are to pay N2,408,197.89 due to proximity to Saudi Arabia. The air ticket cost is the major difference in the Hajj fare.”

The NAHCON Chairman, Alhaji Zikrullah Kunle Hassan, had in June in an extraordinary meeting with Chief Executives of Muslim Pilgrims’ Welfare Boards in the NAHCON Hajj House headquarters, made the announcement.