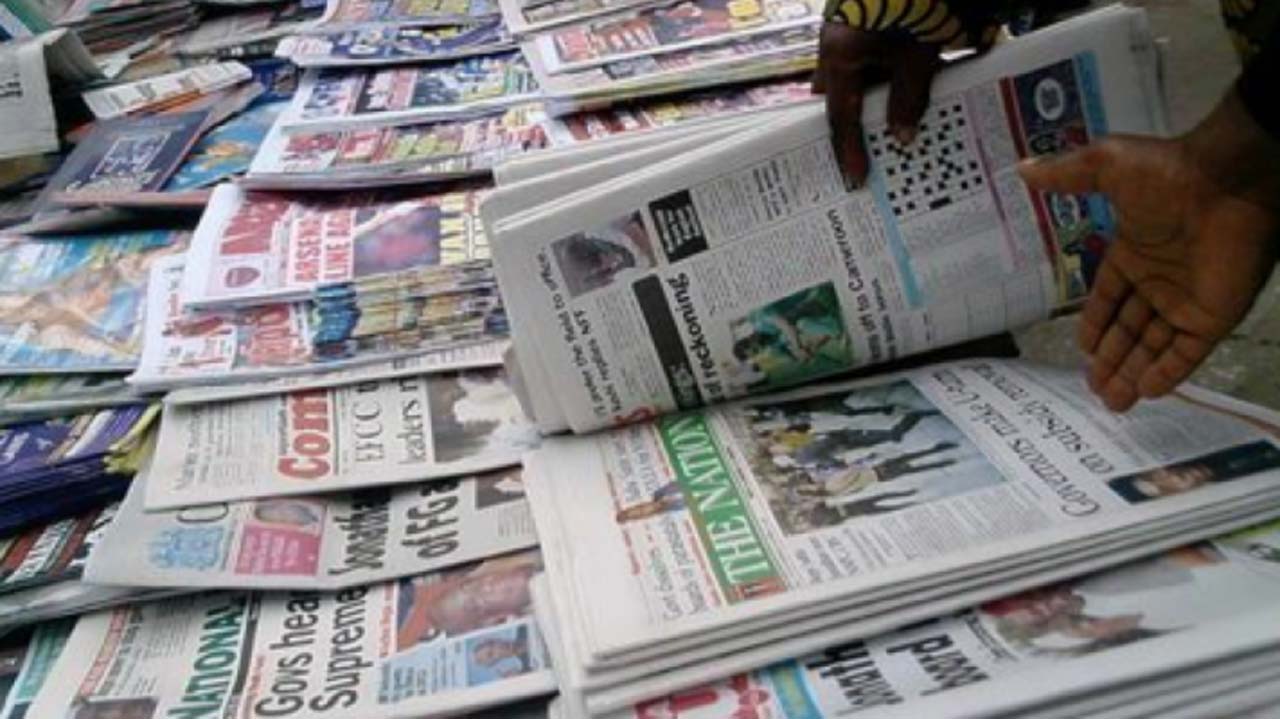 Nigerian newspaper headlines and Naija news today, Sunday 10 July 2022, can be accessed below.

1. SRI Lanka’s President, Gotabaya Rajapaksa announced his resignation yesterday, hours after a crowd of angry protesters chased him from his residence as months of frustration brought on by an unprecedented economic crisis boiled over. Rajapaksa had fled his official residence in Colombo after it was stormed by angry citizens demanding his resignation.

2. Another set of Abuja-Kaduna train attack victims have been released by terrorists. Malam Tukur Mamu, Media Consultant to controversial Islamic Cleric, Sheikh Ahmad Gumi who has been negotiating with the terrorists, said seven victims were released yesterday.

3. President Muhammadu Buhari on Saturday in Daura, Katsina State, said increased disclosure of unusual activities will expose bandits and terrorists, urging the security apparatus to eliminate threats across the country. He spoke with newsmen after the Eid-el-Kabir prayers.

4. The Nigeria Centre for Disease Control (NCDC) has raised the alarm over 880 fresh coronavirus infections reported in Nigeria from July 2 to 8, though with no fatalities. The NCDC disclosed via its official website on Saturday afternoon, that the country’s commercial capital city, Lagos State, is driving the nation’s latest COVID-19 surge.

5. Former President Goodluck Jonathan’s cousin, Mike Ogiasa, has been filmed speaking from a shallow grave. In the video which has since gone viral, Ogiasa was seen pleading for his safe release from the abductors’ den.

6. The Chairman/Chief Executive Officer, Always Petroleum Energy Services, Alhaji Muhammed Jamiu Idris, has been kidnapped. He was abducted at his residence in Idare, Okene Local Government Area of Kogi State by men who disguised as Sallah visitors.

7. Former Senate President Bukola Saraki has described the recent visit of some All Progressives Congress (APC) governors to their Rivers State counterpart, Nyesom Wike, as an exercise in futility. Speaking with reporters in Ilorin, after the Eid celebration, Saraki said the visit would amount to nothing.

8. Amid growing disquiet in the Peoples Democratic Party over the crisis in the party and his absence from the country, the National Chairman of the party, Senator Iyorchia Ayu, says he’s back and that members have nothing to worry about. He spoke in an interview yesterday.

9. The Catholic Priest, Rev Fr Peter Amodu, who was abducted by gunmen in the Otukpo area of Benue State has been released. Fr Amodu, who is in charge of Holy Ghost Parish at Eke-Olengbeche, under Otukpo Diocese, was released on Friday at about 8:30pm.

10. The Nigeria Police have confirmed the murder of a commercial sex worker in Kwanawa, a suburb of the Sokoto metropolis, in the Dange/Shuni Local Government Area of Sokoto State. Sources in the area said that the victim resided in one of the brothels within the area where the suspected murderer slit her throat with a knife.