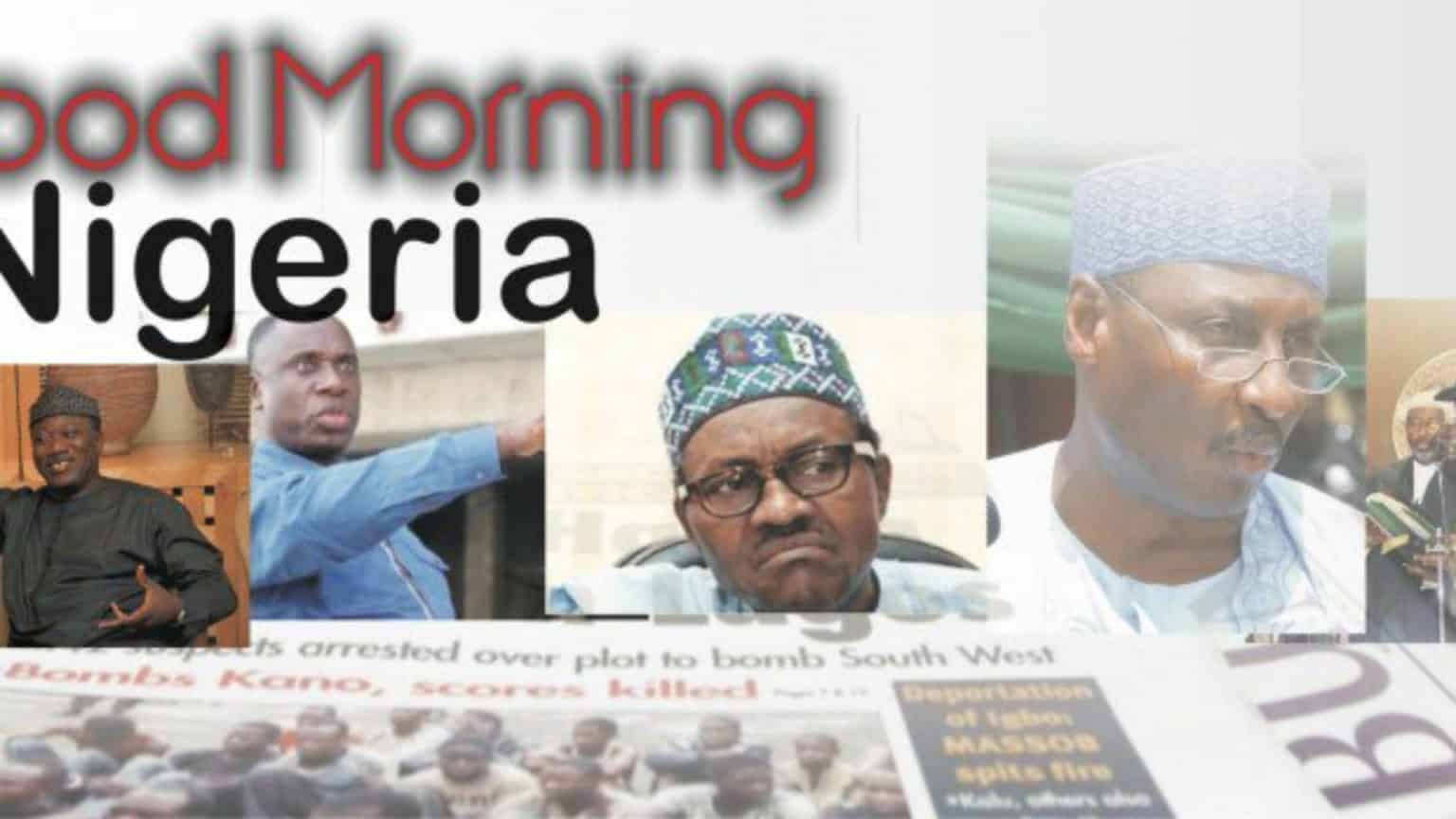 Nigerian newspaper headlines and Naija news today, Friday 24 June 2022, can be accessed below.

1. Former Deputy Senate President, Ike Ekweremadu, and his wife, Beatrice Nwanneka Ekweremadu, have been arrested and detained in the United Kingdom over alleged organ harvesting. The metropolitan police confirmed this on Thursday.

2. The Commander of the Ondo State Security Network, otherwise known as Amotekun, Akogun Adetunji Adeleye, says some of the suspects involved in the June 5 terror attack at Saint Francis Catholic Church, Owo, have been apprehended. According to Adeleye, the vehicle that the gunmen used to escape from the scene of the attack had also been retrieved.

3. An unspecified number of residents were on Thursday at Rahamawa and Shagari low-cost housing estates of Katsina State abducted by bandits. It was gathered that the attackers came in broad daylight, trekking with the victims to the place where they packed their motorcycles.

4. Gunmen have abducted the Divisional Police Officer in charge of Nasarawa Eggon Local Government of Nasarawa State, CSP Haruna Abdulmalik. According to reports, the kidnappers have contacted the family of the victim, demanding N50m ransom.

5. Three weeks to the gubernatorial election in Osun, the State government has declared Friday, (today) a work-free day to enable civil servants who are yet to collect their Permanent Voter Cards do so.

6. Renowned Islamic scholar, Sheikh Ahmad Gumi has cautioned security agencies against indiscriminate arrest of Fulani youth under the guise of fighting banditry. Speaking at the venue of the launch of a Nomadic Right Concern group in Kaduna, the Sheikh said so far, there are many innocent Fulani youths and children in custody.

7. National Assembly members, who failed to win their parties’ tickets for the 2023 elections, are set for a showdown with State governors and their aides. Findings showed that in States such as Benue, Kebbi, Zamfara, Delta, Ekiti and Ogun, governors or their loyalists defeated incumbent Senators and the House of Representatives members to clinch their parties’ tickets.

8. Suspected bandits have killed a student affairs’ officer at the Abdu Gusau Polytechnic Talata-Mafara, Zamfara State, Sanusi Haliru, after collecting N4m ransom from his family. Haliru was abducted along the Abuja-Kaduna Road on his way to attend a pre-NYSC mobilisation workshop in Abuja.

9. A Customary Court Inspector, Odera Onumajulu, who sustained gunshot injuries during a kidnap attack, is dead. The Owerri branch of the Nigerian Bar Association confirmed the death on Thursday.

10. President Muhammadu Buhari has reiterated his resolve to respect the maximum term limit in the Nigerian Constitution, saying the first person that tried to go for a third term didn’t end well. Former president, Olusegun Obasanjo, reportedly in 2006 planned to amend the constitution to extend his tenure.