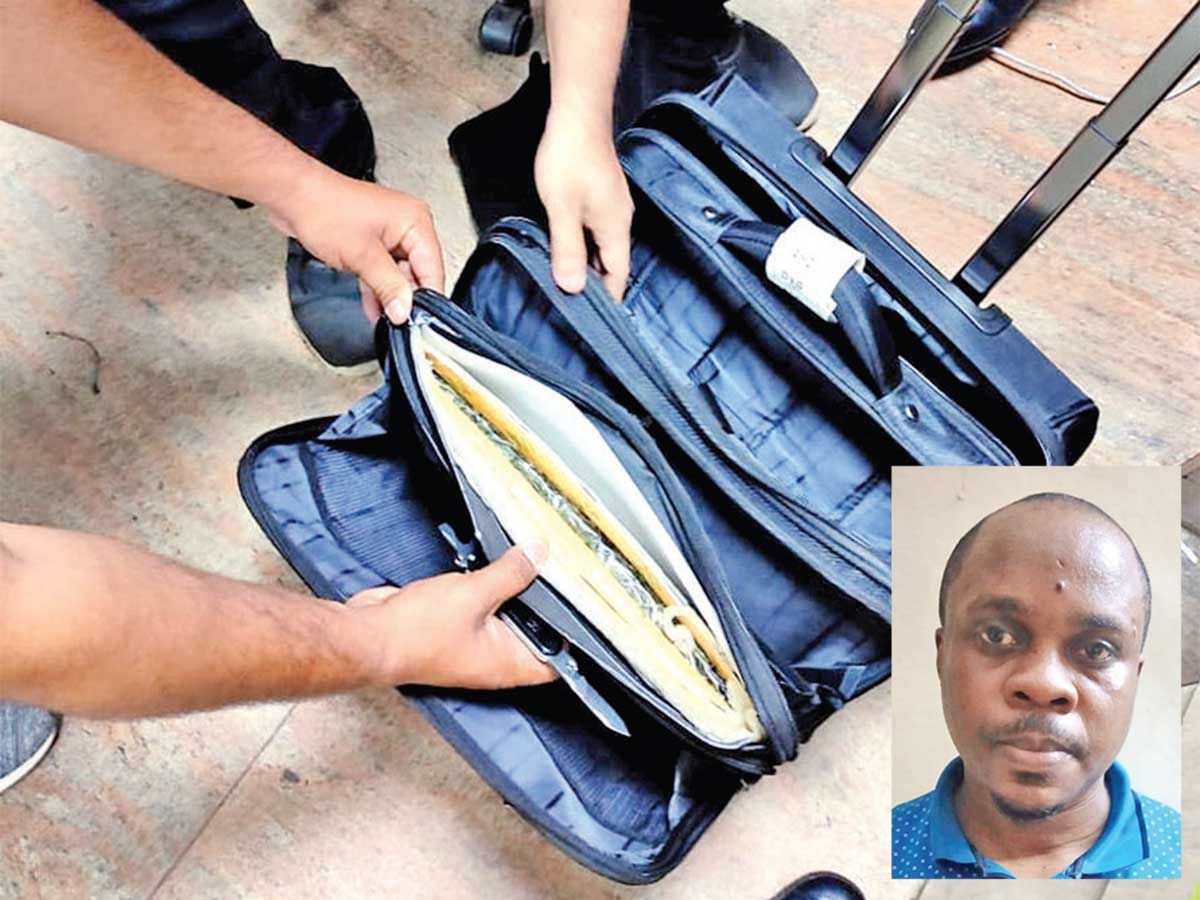 A dramatic trap laid by the Narcotics Control Bureau (NCB) earlier this month led to the unprecedented arrest of a Zambian drug mule smuggling cocaine into the country as well as the intended recipient of the consignment that landed at Ahmedabad airport.

Around 3.30 am on September 3, a passenger from Zambia landed at Ahmedabad International Airport via Dubai.

Based on concrete intelligence inputs, the NCB officials were waiting for the passenger named Hanchabila John. When his luggage was checked, NCB sleuths found 2 kg cocaine in the form of paste hidden in the lining of his bag.

Not content with just arresting the drug mule, who had been paid 50,000 Zambian kwacha or Rs 2.22 lakh to smuggle cocaine into India, the NCB also set a trap to nab the intended recipient of the illegal consignment.

However, as the panchnama of the drug seizure and other official formalities took more than an hour, the intended recipient became suspicious. NCB officials of the Ahmedabad Zonal Unit (NZU) made John call his contact and arrange a meet-up. However, the recipient just asked him to check into a hotel.

Bureau personnel then had John check into a pre-decided hotel as per his order, seeking to allay suspicions of the recipient and make sure he walked into their trap.

However, sources said that the concerns of the drug trafficking network contact over John’s delay at the airport may have been relayed to the foreign handler, who then called John and asked him to give a video tour of the hotel room. John gave him a video tour as well with NCB sleuths ensuring they were not seen in the frame.

Convinced that all was well, the intended recipient Nnamdi Christian arrived at the hotel room where he was nabbed by the waiting NCB personnel. Christian is a Nigerian national who has been residing in Delhi for the past five years. NCB found a criminal history of drug trafficking cases against him as well as a fake passport from his residence in the national capital. Both men were booked under the Narcotics and Psychotropic Substances (NDPS) Act.

Notably, this foreign handler still remains unidentified as he never met Hanchabila John and after he agreed to transport the drugs, only gave instructions over the phone.

Sources told Mirror that international cooperation through the Union Home Ministry has been sought for the identification and apprehension of the foreign handler.