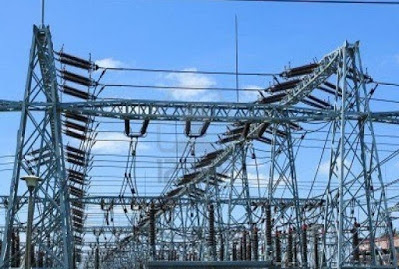 APGC’s Executive Secretary, Dr. Joy Ogaji, in a briefing in Abuja, argued that a situation where the energy dispatched by the power generators was used as an index for power generation capacity was detrimental to their survival.
In the past couple of weeks, the already bad power supply situation in the country had worsened as players in the sector continued to trade blames as to whose table the buck stops.

“We are currently owed N1.644 trillion. One of the reasons that the power plants are down is due to inefficient management of the grid,” Ogaji said.

According to her, the Gencos have exhausted all their borrowing sources, as the Central Bank of Nigeria (CBN) had reportedly warned the banks to desist from lending money to them.
She stated, “If you give us gas, provide forex to carry out maintenance. I have told you most of the units are down and they need money to fix them.

“Give us enough money to pay our gas suppliers because it is pre-payment. But for power, it is take and pay later. There is no way that this misalignment will help us.”

But Ogaji stated admitted that at the moment, the Gencos were generating an average of 4,000MW.

However, the debt claim by the Gencos was immediately refuted by the Nigerian Bulk Electricity Trading Company (NBET). NBET disputed the figures quoted by the power generators, saying only companies with active gas supply and transportation contracts are paid for unutilised capacity.

The Head, Corporate Communication, NBET, Henrietta Ighomrore, explained that in the country, only five power generation companies with active Gas Purchase Agreement (GPA) were entitled to be paid for unused capacity.
According to her, claims that the Gencos have the capacity to generate 9,000MW are not accurate, as inspections by NBET had shown that the so-called capacity does not exist.

Earlier, Ighomrore argued that the Gencos had always been paid as and when due, explaining that in the last payment cycle alone, the Gencos were paid N38 billion for electricity distributed on the grid.

According to her, NBET has paid the Gencos over 90 per cent of their invoices. She noted that the company paid the generators almost immediately remittances from the Discos were received.
However, Ogaji noted that the illiquidity caused by the huge sums owed the Gencos by NBET had continued to frustrate them and render them incapable of meeting their obligations.

Such obligations, she said, included Operations and Maintenance (O&M) as and when due, procurement of critical capital, spare parts and accessories, payment, and servicing of existing loans from lenders and financiers and employee- obligations.

Ogaji listed foreign exchange as another challenge faced by the hydroelectric power plants, whose concession fees, she maintained were “dollarised.”
She said most of the electricity generated in Nigeria came from gas-fired turbines, explaining that Gencos have consistently been dealing with unending gas-related challenges, which inhibit optimal generation.

According to her, issues of gas volume, gas quality, gas pressure and gas transportation have consistently curtailed capacity utilisation by Gencos thereby affecting generation.
Ogaji stated, “Unfortunately, the unenforceable state of the contracts in the NESI and the broken cycle of payment assurance has made the enforcement of what would ordinarily be basic obligations of parties to the industry agreements, impossible.

“Since 2013 when the power sector was partially privatised till date, weak and inadequate infrastructure (transmission and distribution) have continued to render inconsequential, a significant portion of the generation capacities recovered or added by Gencos through huge investments done by them to increase their respective generation capacities.”

According to her, while the owners of the Gencos invested and increased generation capacity up to 13,000MW across the country, no corresponding investment and improvement was made at the transmission and distribution ends. The result, she said, was the significant stranded capacity of Gencos.

Ogaji added, “The persistence of this anomaly over these years, compelled Gencos to begin to question the commercial reasonability of continued investment in recovery or expansion of generation capacity that would end up being stranded and not utilised to transmit and distribute electricity to end users who are yearning for same.”
She said the foundational agreements, which Gencos were told existed before, no longer exists, after they had commenced performance, with dire implication for power generators.

Ogaji stated, “We should address the root cause and not the symptoms, for sustainability of the NESI and the power sector.

“The current state of the national grid must be addressed, otherwise we will continue to always deny Nigerians their legitimate expectation of unhindered rights to reliable supply of electricity.”