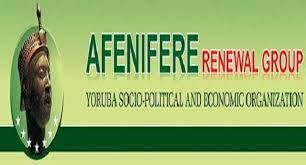 The Editor Nigeria reports that the Yoruba socio-political group, Afenifere, on Thursday, knocked the Federal Government of Nigeria over a midnight attack by security operatives on the Ibadan residence of Yoruba rights activist, Sunday Adeyemo, better known as Sunday Igboho.

The group condemned the Gestapo style in which operatives of the Department of State Services invaded the Soka, Ibadan, Oyo State residence of Igboho around 1am on Thursday.

The Editor had earlier reported that some of the occupants of the house were said to have been whisked away by the invaders while two persons were reportedly killed during the attack.

Reacting, Afenifere said the attack on Igboho was â€œa sad indicator that we are fast returning to the era of late, Sani Abacha when anyone who expressed opinions contrary to governmentâ€™s position would be fatally attackedâ€.

Afenifereâ€™s reaction was contained in a statement titled, â€˜Attack On Sunday Igbohoâ€™s House: Dark Cloud Descending On Nigeriaâ€¦A Return To Abacha Era?â€™ Abacha was Nigeriaâ€™s military head of state between November 1993 and June 1998. Many unprintable horror and disregard for fundamental human rights were committed during his despotic reign.

The statement was signed by the National Publicity Secretary of the group, Comrade Jare Ajayi, on behalf of the Acting Leader of Afenifere, Chief Ayo Adebanjo.

â€œWe are forced into this deduction for a number of reasons. Firstly, eyewitness accounts indicated that the vehicles and uniforms of the attackers were that of the security agencies.

â€œSecondly, the failure of security agencies to confront the attackers further implicated the government. It was reported that the attack lasted for more than three hours. Igbohoâ€™s residence is in a highly-populated area within minutesâ€™ reach to surrounding police stations. That no rescue team came from any of the police units including the DSS office in Ibadan for the several hours that the attack lasted makes it difficult not to believe that the government is complicit in the attack.

â€œWe recall with sadness how voices that were opposed to the dictatorial tendencies of Abacha regime were under serious attacks. We recalled how patriots like General Alani Akinrinade, Pa Abraham Adesanya, Pa Alfred Rewane etc were attacked resulting in the untimely and gruesome murder of Pa Rewane,â€ the statement read in part.

Afenifere lamented that Thursday early morning attack occurred some hours to a planned â€˜Yoruba Nationâ€™ rally in Lagos State on Saturday, adding that no record of violence has been recorded in any of Igbohoâ€™s rallies in the South-West zone.

Igboho has been going across the South-West geopolitical zone to crusade his secessionist campaign, citing injustice meted out to the people of the region as well as worsening insecurity as reasons for his agitation but the Federal Government has insisted on the unity and indissolubility of Nigeria.

â€œWhat is wrong in canvassing for self-determination so long as such agitation is devoid of violence? The constitution the country is running guarantees the right of every Nigerian to express opinion and even carry out rallies as long as such are done without violence. To the best of our knowledge, none of the rallies that Sunday Igboho has led in his campaign for a Yoruba nation could be said to be violent nor was he implicated in illegal activities. Why then should he be subjected to the kind of treatment his household received on Thursday morning?â€ the group queried.

Afenifere went further to say that assuming that Igboho actually committed an offence, â€œWhen did it become the norm to go and bombard the house of a suspect in a dastardly manner that armed forces attacked Igbohoâ€™s house early this morning?â€

The group insisted that the â€œgovernment must immediately apprehend the attackers and make them face the full wrath of the law. Government should also stop any plan to harm Igboho or any other person not known to contravene the law of the land.â€