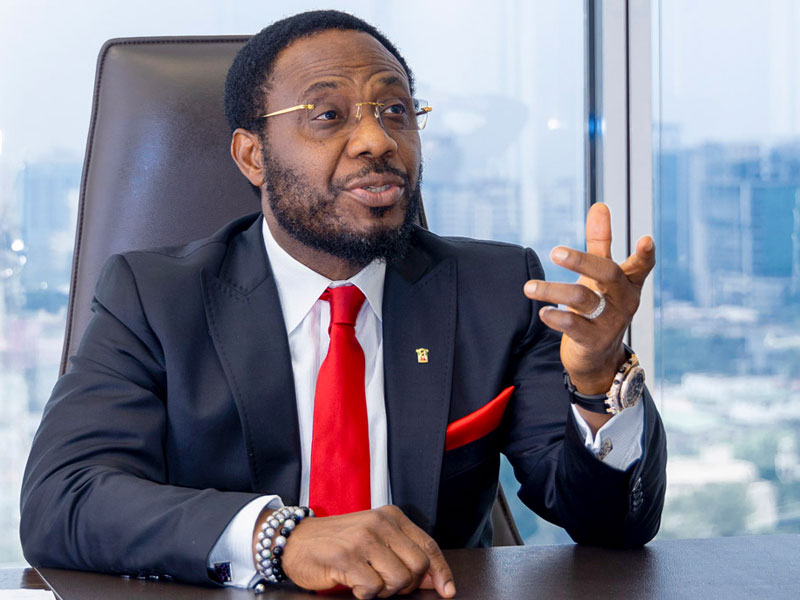 The last few months have been turbulent, torrid and unforgiving for billionaire business magnate, Ernest Azudialu-Obiejesi as he is presently battling to save his reputation from nose-diving into a state of infamy.

Azudialu-Obiejesi, Group Managing Director Nestoil, a leading indigenous oil and gas company with interests in the upstream and downstream sectors, also sits on the board of Julius Berger, Smile Communications, among others.

A couple of weeks ago, Nigeria’s anti-graft agency, Economic and Financial Crimes Commission (EFCC), swooped in on the astute businessman and sealed his expansive residence on Modupe Alakija Crescent, formerly known as Ikoyi Crescent.

The ultra-modern property was marked with the anti-graft agency’s signature red ink, indicating that it was under investigation.

However, after several hours, which were filled with numerous phone calls to some highly influential parties, the red ink was washed off the property.

Not only was Azuadialu-Obiejesi upset by this development, we learnt his neighbours were embarrassed as well.

The momentary face off between Azuadialu-Obiejesi and EFCC came at a time when inhabitants of the serene and elitist neighborhood of Ikoyi Crescent feared that the fate that befell Festus Fadeyi, the head of Pan Ocean Corporation, an indigenous independent oil and gas business, would not be the lot of Azuadialu.

Last year, the Assets Management Corporation of Nigeria (AMCON), had taken over Fadeyi’s opulent property, which had served as his family’s home for decades on the same street. Fadeyi’s Pan Ocean Corporation and its subsidiaries were taken over by the federal government agency due to unpaid bank loans totaling about N240 billion.

It is pertinent to note that the business magnate once had a rocky relationship with one of the new generation banks. The bank had solely financed, Nestoil Towers, his imposing 15-ﬂoor structure on Akin Adesola Street, Victoria Island. The charge at the time was that he failed to service the facility he used to construct the towers.