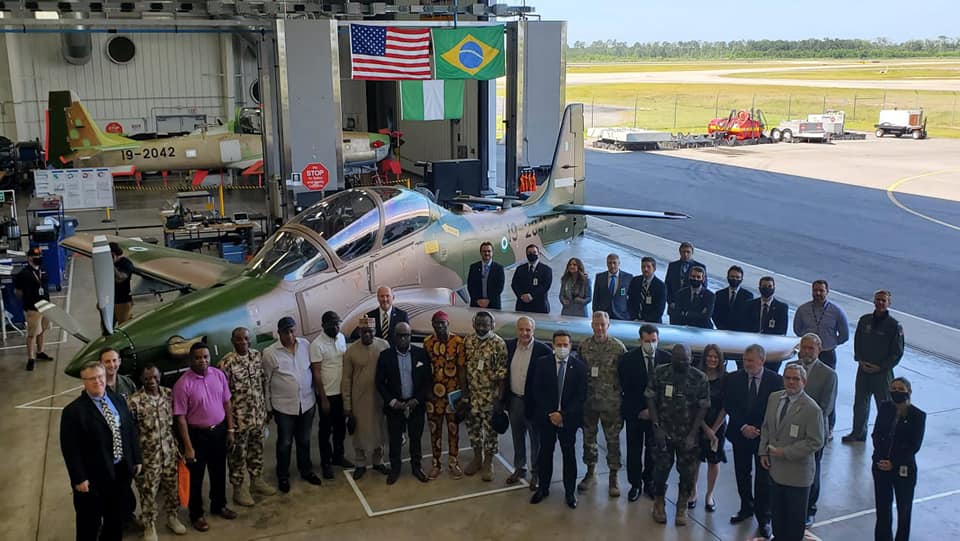 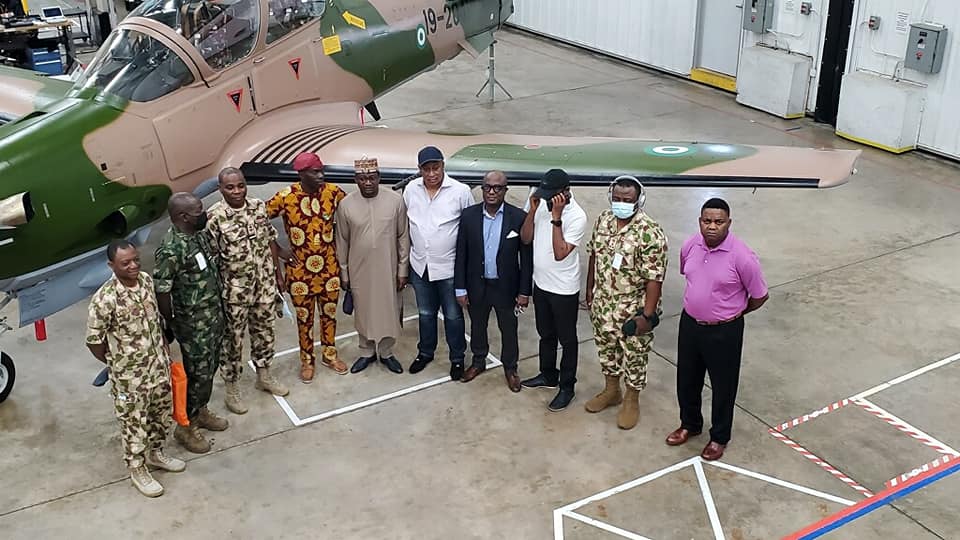 While briefing the NASS team, Colonel Authur Ford of the United States Air Force Fighters and Advance Aircraft Directorate stated that 10 out of the 12 aircraft were ready for delivery while 2 were undergoing modification and integration to NAF specific operational configuration. He went on to state that 6 of the aircraft are scheduled to arrive in Nigeria in July 2021 while the remaining 6 will be delivered before the end of October 2021. The NASS team was assured that the aircraft, expected to play critical roles in the fight against insurgency and criminality, would be delivered as planned.

Responding, Senator Michael Nnachi commended EDSI for the quality of work on the NAF A-29 Super Tucano. He however queried the long duration of time from the date of full payment to expected date of delivery, which he estimated to be between 3 to 4 years. In response, the Col Ford informed the team that the long duration was due to the challenges of configuring the aircraft to fit NAFâ€™s required specifications.

COAS Appointment Is A Missed Opportunity For Unity – Farooq A. Kperogi