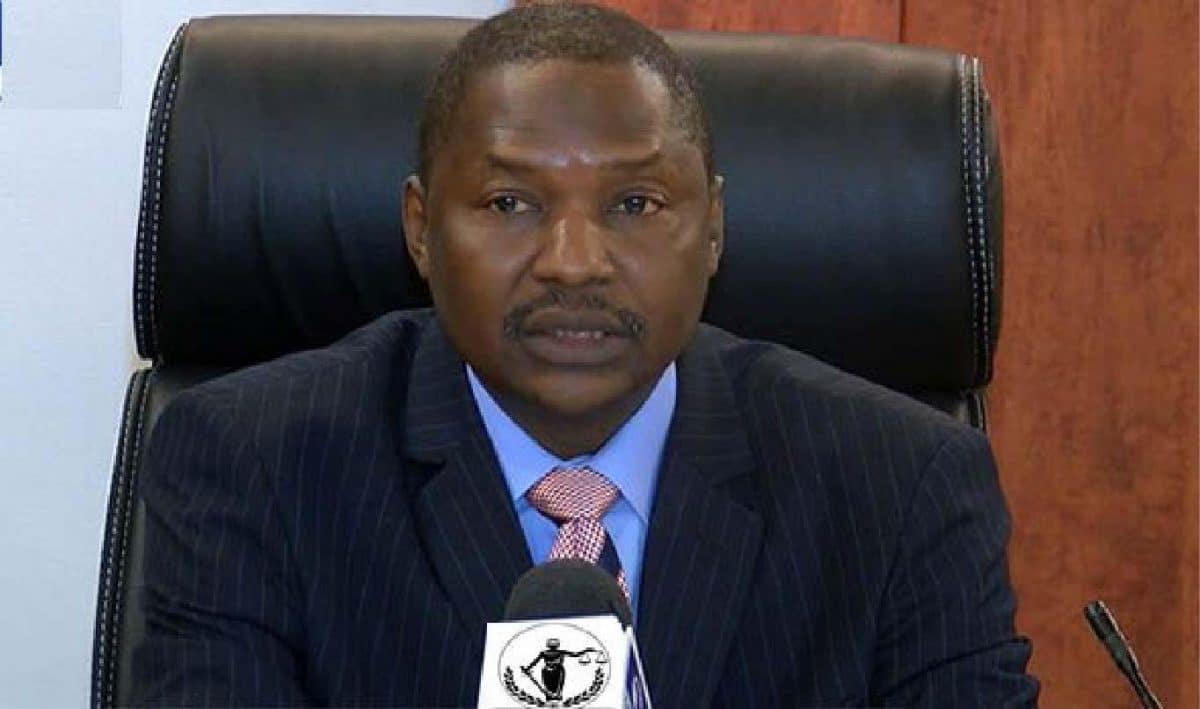 The Attorney-General of the Federation, Abubakar Malami (SAN), says the National Assembly lacks the constitutional power to invite the President, Major General Muhammadu Buhari (retd.), to speak on security matters.

Malami, who is also the Minister of Justice, said this in a statement titled, â€˜Buhariâ€™s Summon: NASS Operates Outside Constitutional Boundsâ€™ on Wednesday.

The House of Representatives led by the Speaker, Femi Gbajabiamila, had last week invited Buhari over the rising insecurity and the killing of over 43 farmers in Borno State.

An aide to the President, Lauretta Onochie, had also revealed that Buhari would appear before a joint session of the National Assembly on Thursday. However, reports began to filter in on Tuesday that the President had decided not to attend the meeting any longer.

The AGF said security matters remained the exclusive preserve of the executive arm of government and the National Assembly must not forget this.

Malami said the President could freely address the National Assembly when he wants but could not be summoned to do so.

He said, â€œMr. President has enjoyed Constitutional privileges attached to the Office of the President including exclusivity and confidentiality investiture in security operational matters, which remains sacrosanct.â€

He said Buhari had been able to effectively tackle insecurity and recover lands that were hitherto occupied by Boko Haram.

Malami added, â€œPresident Muhammadu Buhari of the Federal Republic of Nigeria has recorded tremendous success in containing the hitherto incessant bombing, colossal killings, wanton destruction of lives and property that bedeviled the country before attaining the helm of affairs of the country in 2015.

â€œThe confidentiality of strategies employed by the President as the commander-in-Chief of the Armed Forces of the Federal Republic of Nigeria is not open for public exposure in view of security implications in probable undermining of the war against terror.

â€œThe fact that President Muhammadu Buhari was instrumental to the reclaiming of over 14 Local Governments previously controlled by the Boko Haram in North East is an open secret, the strategies for such achievement are not open for public expose.â€

While condoling the bereaved and sympathising with the victims of the associated insecurity in the country, Malami maintained that national security is not about publicity and the nationâ€™s security architecture cannot be exposed for the sake of getting publicity.