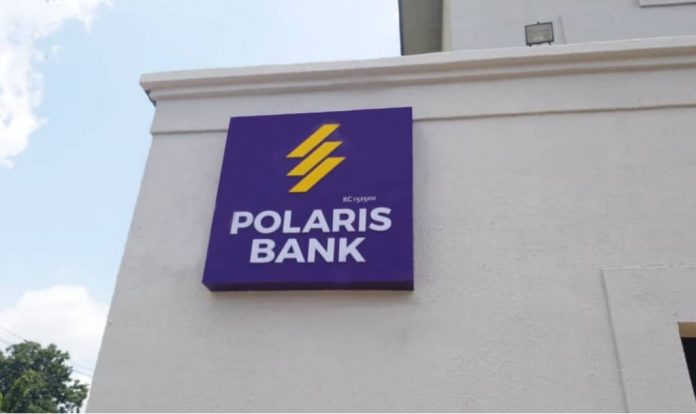 Another moment of excitement is here for savings customers of Polaris Bank as they gear up for the grand finale draw of the ongoing nationwide â€˜Save & Winâ€™ promo, scheduled to hold tomorrow, April 29, 2021.

Highlights of tomorrowâ€™s draw will be the emergence of 6 millionaires with 60 other Nigerians walking away with N100,000 each as consolation prize winners.

cash would have been won by 188 Polaris Bank customers nationwide at the end of the promo having so far recorded two draws in February and March respectively. Six millionaires will emerge from the six geo-political zones of Nigeria and 60 other customers will go home with a consolation sum of N100,000 each at the grand finale draws. Winners will emerge through a transparent, electronically-generated process that relevant regulatory institutions will supervise.

The â€˜Save & Winâ€™ promo aims to make millionaires of Nigerians by encouraging current and new customers to save a minimum of N10,000 monthly.

The promo which was launched in November 2020, has thus far produced two millionaires: Lucky Okunzuwa, a customer of the Bankâ€™s Akpakpava branch in Benin City, Edo State and Ikechukwu Bartholomew Obiefuna, a customer of Okeke Street Branch, Awka, Anambra State. In addition, 120 customers have also walked away with N100,000 cash each across the previous two draws which took place on the 9th of February and 9th of March, bringing the total amount won so far to N14million.

Commenting on their win, both the first and second millionaire, Lucky and Ikechukwu expressed immense appreciation to Polaris Bank and had positive things to say on the ongoing Save & Win promo cash prize.

â€I am very delighted about winning one million naira in the Polaris Bank Save & Win Promo. It was like a dream when I was told but this is a reality. The money will go a long way in supporting my small business to grow. I also commit to continue to save more. I sincerely thank Polaris Bank for this novel initiative,â€ Lucky remarked.

Also, representatives from relevant regulatory bodies have also attested to the free, fair and transparent process of the draw adopted in selecting the winners. They also commended Polaris Bank for keeping its promise to the winners.

Giving a background to what informed the Promo, Polaris Bankâ€™s Acting Managing Director/CEO, Mr. Innocent C. Ike, said, â€œit is a reward for our customers, who despite the challenging times, can put aside some money as savings. He reiterated that in not-so-pleasant economic times, there is a compelling need to save â€“ not only to win a prize â€“ but also to plan for the rainy day. He disclosed that â€œboth existing and new savings account customers of the Bank are eligible to participate in the promo.â€

Savings Account accessibility is swift and straightforward in Polaris Bank. Prospective customers can dial *833*0# on their phones to follow the prompt to create or reactivate their savings account from their devices by visiting https://accounts.polarisbanklimited.com/opening/ or any of the Bankâ€™s branches across the country.

Polaris Bank is a future-determining bank committed to delivering industry-defining products and services across all sectors of the Nigerian economy.

Buhari Working For Fulanis To Take Over Nigeria, Says Ortom