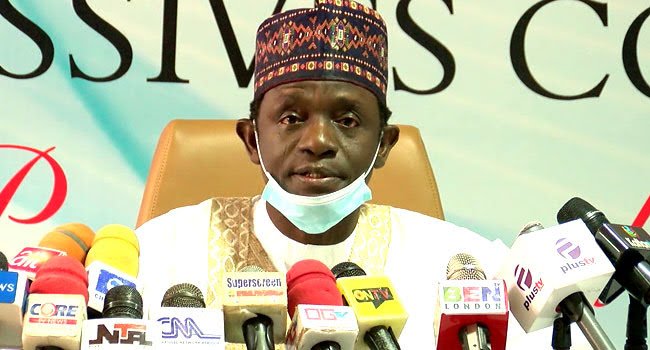 According to a resident of Damaturu, Saleh Ibrahim, the jet shelled the village in the early hours of Wednesday when the villagers were preparing to go to the weekly market in Geidam, a neighboring local government area, 200km from Damaturu.

The resident added, “The villagers were already set to go to the market at Geidam early in the morning when suddenly the jet appeared from nowhere and started shelling the village.

“Instantly, three people died. The sound of gun shots scared the villagers and they ran for safety, but others sustained injuries as a result. Some were attempting to attend to the dead people when they also got hit by bullets from the jet.”

“As of 5pm, the number of dead people is nine, while over 30 people who sustained injuries are receiving treatment at Geidam General Hospital.

Meanwhile, the State Governor, Mai Mala Buni, has commiserated with families of those who lost their lives in the unfortunate air strike on Buhari village in Yunusari LGA of the state.

The governor, in a statement by his Director General, Press and Media Affairs, Mamman Mohammed, said although it could have been an accident or mistaken target, government would join hands with security agencies to unravel the root cause of the incident.

Buni directed his Special Adviser on Security Affairs to liaise with the NAF and the Multi-National Joint Task Force to look into the unfortunate air strike.