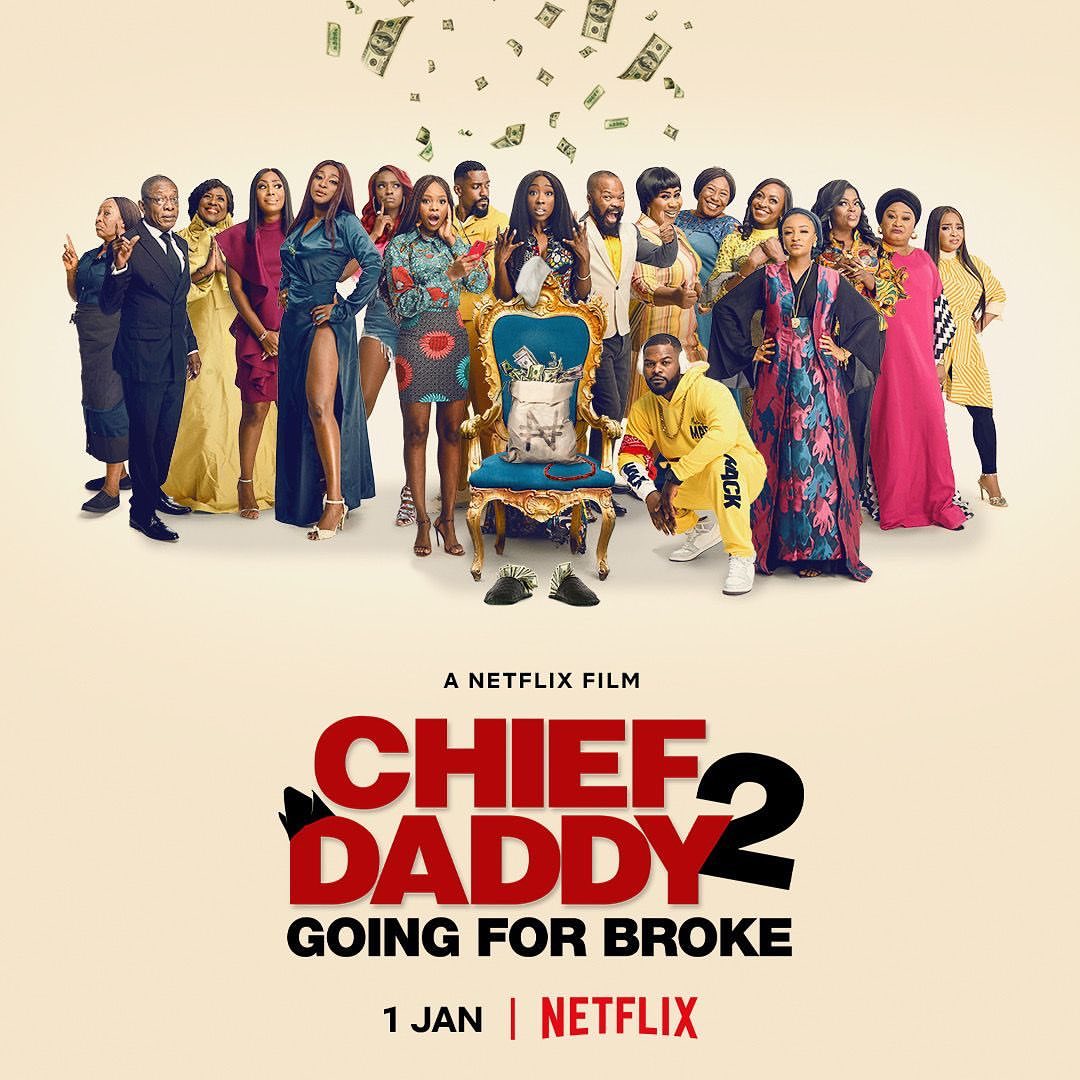 Filmmaker Mo Abudu has announced January 1, 2022, as the release date for the sequel of the hit film Chief Daddy which would air on Netflix.

Kannywood actress Rahama Sadau would also be joining the cast of the film, Igbere TV gathered.

Some of the cast like Dakorea Eguson, Patience Ozokwo, Kate Henshaw and Linda Ejiofor, also took to their Instagram accounts to express their excitement over the announcement.

Directed by Niyi Akinmolayan, Chief Daddy part one grossed N40 million in its opening three days at the cinema according to the figures released by FilmOne Distribution.

The EbonyLife Films production also clocked the second-highest opening weekend for a Nollywood film in 2018.