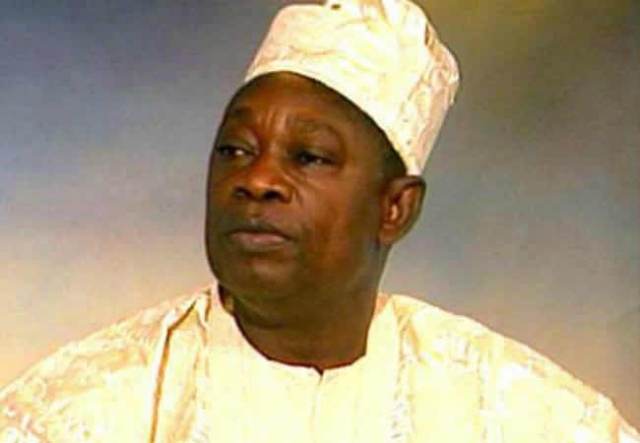 Kudiratâ€™s children have dragged other family members of late MKO Abiola to Buhari, EFCC, DSS, others.

The children of the late Alhaja Kudirat Abiola have urged President Muhammadu Buhari (retd), to intervene in the protracted feud between them and some unnamed members of the family on allegations of withholding the assets left to them by their late father, Chief Moshood Abiola.

Their petition was contained in an open letter titled â€˜Report of a Decades-long Fraud,â€™ addressed to the President by â€˜Children of Kudirat Abiola,â€™ published in Daily Trust on Saturday.

Others who were copied included the Group Managing Director of the Nigerian National Petroleum Corporation, the Head of the Nigerian Financial Intelligence Unit, and the governors of Kwara, Lagos, Ogun and Taraba states.

The petition read in part, â€œOur father was a man of equity and, as such, he established companies that reflected this side of him. In all his companies, he made sure that no child was given one single share and that no child was even officially made a director.

â€œEven in Habib Bank (now Keystone Bank), he gave equal shares to children of different mothers (Kola and Lekan were given equal shares and this can be verified). On the other hand, he put some of his wives as directors.â€

Kudiratâ€™s children further explained that their late mother was appointed as a director in Abiola Farms and another one of Abiolaâ€™s wives, the late Alhaja Simbiat, was made a director in Radio Communication Nigeria, though, according to them, each wife was not given more than one share.

â€œHowever, five years following the death of our father, some members of the family fraudulently and criminally inserted their names into our fatherâ€™s companies, including the most active one called RCN, in whose name our father had used to purchase the bulk of his shares at Habib Bank.

â€œHaving taken control of this company, these individuals were able to tamper with the Bank PHB shares and borrow monies from commercial banks using our fatherâ€™s assets with the aim to default and impoverish his other children.

â€œThis is despite the fact that in his will, our father stated that his entire assets should be equally shared among all his children. This is something that should have been done over two decades ago. They were also able to use their new status in RCN to exert influence on other companies like Abiola Farms and Abiola Bookshop where RCN is also a major shareholder,â€ the letter read.

Kudiratâ€™s children alleged that the United Kingdom property Abiola secured for their mother was â€œsold illegally a few months after her assassinationâ€ on June 4, 1996, the proceeds of which they said had yet to be surrendered to them. According to them, the property is â€œnow worth almost a billion naira.â€

â€œFurthermore, the money willed to her was withheld from us while other wives had the UK properties secured for them converted to their names and also received monies willed to them,â€ they said.

They demanded that the Corporate Affairs Commission be made to â€œrectify the criminal charges made to RCN and to reverse the company to its original form as of the time our father died when he owned 499,999 shares and the late Alhaja Simbiat owned one share (in other words, it should withdraw the 60 per cent and 40 per cent illegally given to both Agbo and Deji Abiola).â€

Advertisement
Related Topics:EFCCICPCMKO Abiola
Up Next