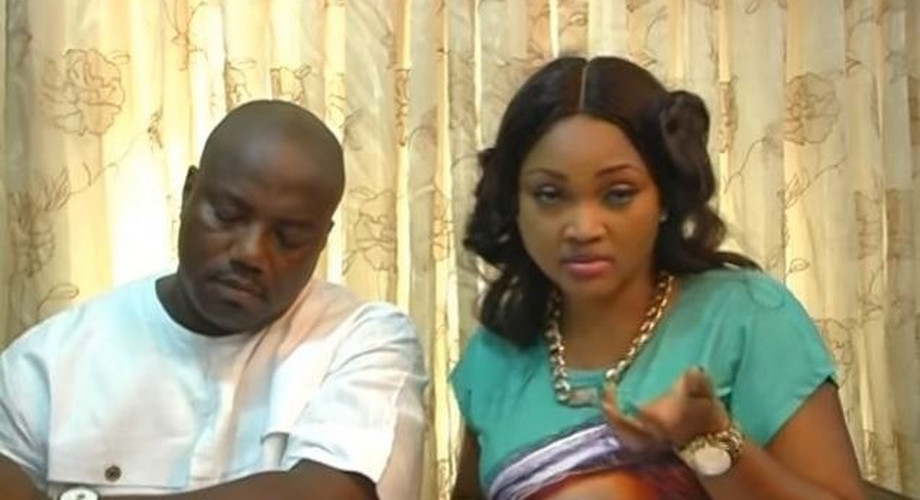 Ex-husband of Nollywood actress, Mercy Aigbe, Lanre Gentry, has disclosed he is not in any feud with the mother of two.

The Nation had reported that on Sunday, June 20, Mercy Aigbe and Gentry had a go at each otherâ€™s image over the Fatherâ€™s Day celebration.

For two years now, the estranged couple has continued to engage in an exchange of words over fatherly duties and roles to their 11-year-old son, Juwon Gentry.

However, in an interview with The Punch, Lanre Gentry claimed he doesnâ€™t have any problems with the actress.

He said she has a big issue with him and as a result, does not fail to pick up a fight with him at the slightest opportunity.

He also hinted on what acted as a catalyst that resulted in the outburst of unsettling words between the both of them on Sunday.

Gentry said: â€œI do not have any problem with Mercy and I am not fighting with her. She is the one that is fighting; I deserve to wish myself a happy Fatherâ€™s Day whenever it is celebrated. Woli Agba made a funny skit which I liked; I reposted it on my page and wished myself a Happy Fatherâ€™s Day.

â€ The next thing was that she insinuated that the message I posted was directed at her. I told her the post was not directed to her. That was it.

â€œI do not have a problem with her neither am I fighting with her. I am a man so I do not believe in gossiping or backbiting; it is mostly women that do that. I do not need to join issues with Mercy.â€

The father of two also noted that he has no existing relationship with the actress and went on to reveal that he is getting married to another woman soonest.

He said:â€œI do not have a relationship with Mercy and by the grace of God I will re-marry in September this year. I have my fiancÃ©e that I am going to marry. So you see that I do not have any issues with her.

â€œWhen it comes to Mercy and me, we are already divorced. She dragged me to five different courts for a divorce and she has got it. I do not have anything to do with her again.â€

Lanre Gentry claimed he had always provided for their son and even the actressâ€™ daughter contrary to the wrong image she ceaselessly tries to create of him.

He, however, noted that he pays what he can afford concerning their sonâ€™s school fees since he is not a â€œdrug traffickerâ€ nor an â€œarmed robberâ€ as Mercy Aigbe had changed his school to an extremely expensive one.

He said:â€œI pay my sonâ€™s school fees. When Michelle was with me, I was the one paying her school fees. She told me that she has been upgraded so she removed our son from the school we both enrolled him and I pay N380,000. She went to enroll the kid in a school that pays N980,000. I told her I could not afford it because I am not a drug trafficker neither am I an armed robber. I pay the amount that I can afford.â€

Furthermore, Lanre Gentry expressed hope that the next man his estranged wife marries will accept their son as his and also take care of him like he did her daughter, Michelle.

While also hopeful that in the future, when their son has become a man, he will eventually seek out his real father.

He said: When she brought her daughter to my house, I was the one taking care of the child as a father so when she takes Juwon to another manâ€™s house, the man should take up the responsibility of a father. Later in life, the boy will know his real fatherâ€™s house.â€