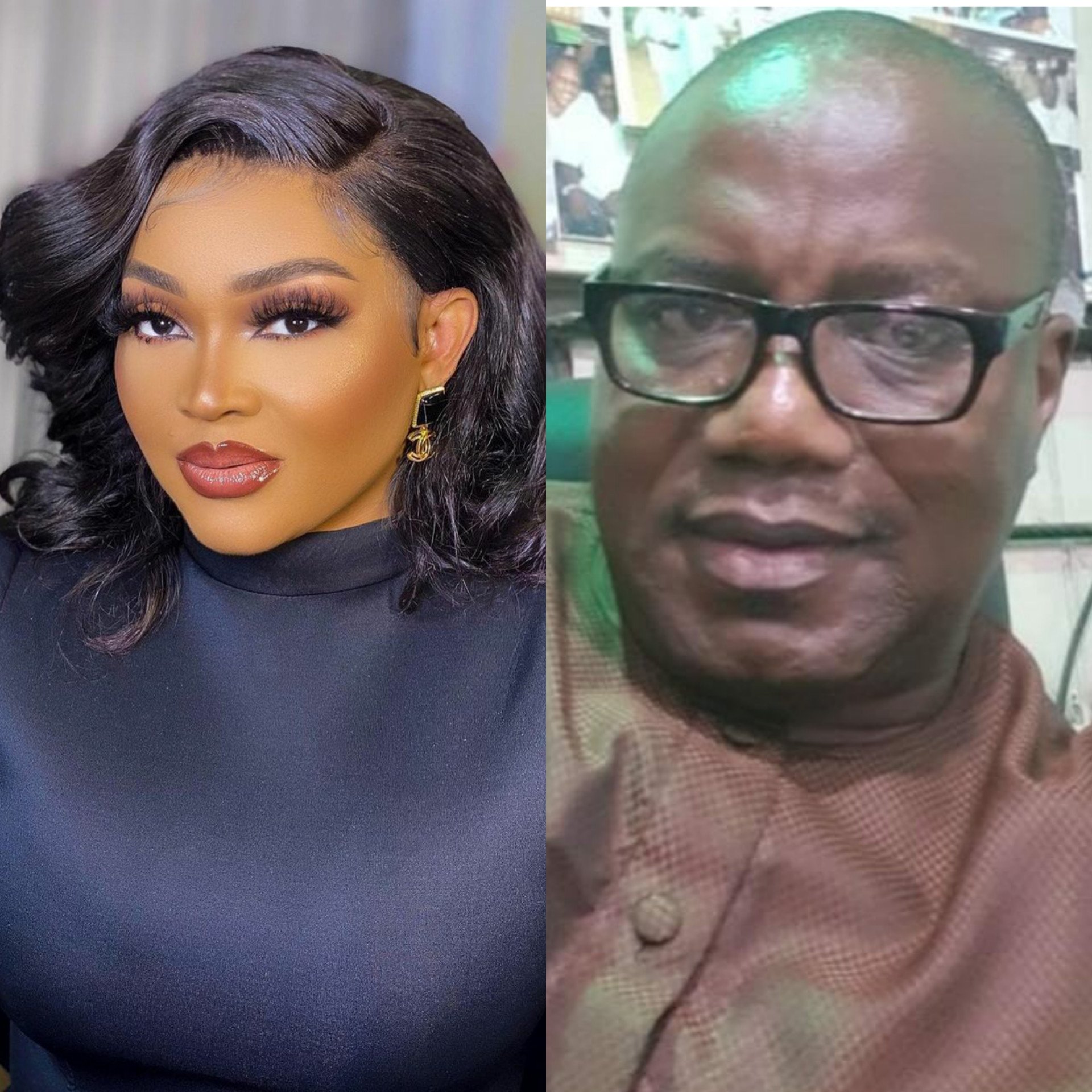 Nollywood actress,Â Mercy AigbeÂ has cleared the air over her dirty fight with her estranged husband, Lanre Gentry on fatherâ€™s day.

Aigbe in a post on her Instagram account her accused her estranged husband of been less of a father in his action and decided to praise herself for taking care of her kids.

The actress in an interview with Punch disclosed some hidden truth about her husband and begged him to sign the divorce papers.

What is happening between you and your estranged husband, Lanre Gentry?

I read my exâ€™s interview in The PUNCH. I have been getting a lot of calls to grant interviews but I know that if I have to react, it has to be on The PUNCH. I want to react to some of the things that he said. Some of the things he said in the interview were that when I was with him, he was paying my daughterâ€™s school fees; that is a big lie. I am going to use this medium to challenge him to show proof. I have proof; I paid my daughterâ€™s school fees when I was with him.

He was paying for Juwon, but even at that, I had to bail him out because Juwon was always the last person to pay his school fees. Most times, they would send him back home from school and Juwon would come and meet me.

There was a particular day that Juwon came to meet me and he said, â€˜Mummy, but you pay Michelleâ€™s school fees, why donâ€™t you pay my own?â€™ I felt so bad that from that day, I used to bail him out when he cannot meet up with the school fees.

At times, he would say I should borrow him the money but he would never pay me back. But I felt that Juwon is also my son, so, it is not a big deal because marriage is a partnership. It was something that happened very often with Juwon.

Back to Michelle, I paid her school fees all through when I was with him. The school is still there and I have my printed statement of account to show as proof that I paid my daughterâ€™s school fees so he should not be claiming what is not. There is really no need for him to do that, I am just granting this interview for posterityâ€™s sake.

I saw that one and that is another big lie. That is why I felt there is a need for me to react to all these cooked-up lies. My son left primary school and went to secondary school. How did I remove him? I do not understand. I have the school receipt and the exchange of text messages between me and him, including voice notes to back up my claim that he is a â€˜dead beatâ€™ father, and he does not do his responsibility.

Quote me, Lanre Gentry is a pathetic liar, he is an unrepentant liar. Does he think people are dumb? How is it possible for me to take him to five courts? How? Why did we go to five courts?

But has the marriage been dissolved?

No. Please, everyone should appeal to him to sign the divorce papers. He has even refused to accept them. We are still married and not yet divorced. The divorce is not yet finalised. Maybe I should use this medium to appeal, you guys should help me beg him to let me go.

He has. The bailiff from the court went to his place several times. We had to appeal to the court so that we can be allowed to paste the court document on his gate; I do not know the procedure they call it. The case is still in court.

Before the court went on strike, this man refused to appear in court. So, all that he was telling you are lies. All these things that I am telling you are what can be investigated. We are still legally married. This man refused to sign the divorce papers and he has refused to appear in court. I donâ€™t know the legal term for this but my lawyer had to appeal to the court for them to permit us to paste the papers on his gate. That is what they did to him.

Four appearances and this man refused to show up before the court went on strike. Now that the courts have resumed, the case is back to court. He has refused to even show up.

But he is planning to get married in Septemberâ€¦

Yes, he is planning to get married in September and one of his siblings told me. I do not have an issue with that; he can marry, he can do whatever he likes. That is not my business. But why is he telling all these lies? He is getting married in September but he has yet to fully let me go. Why is he holding on to me?

In one of his Facebook posts, he mentioned that you were into prostitution with movie marketers. Can you clear the air on that?

You know that when a man is toxic, he will do anything to bring his ex down, especially when the woman is doing very well. That is just the only explanation for it. I am not even bothered. He should let me go. That is it. He should do his responsibility.

I have instructed to file a case of defamation of character against him. If he likes, he should run, he will still have to appear in court. Also, I have spoken to the â€˜social security departmentâ€™ in Lagos because I know that there is a law that ensures that a man should take responsibility. So, I am talking to my lawyers, and I am dragging him there because whether he likes it or not, he needs to be responsible. No matter how small it is, he should contribute something to the life of his child.

If he thinks what I am doing is bad, why does he get bothered when I post and wish myself Happy Fatherâ€™s Day without mentioning his name? It is because he feels guilty.

It is not going to stop me because I wear shoes. For the role I play in my childrenâ€™s lives, I should celebrate myself every day. I celebrate myself every day. Celebrating myself on Fatherâ€™s Day does not mean that I am talking to anybody, I am just patting myself on the back because it is not easy. It is just the grace of God that can let a person play both roles because we know the way Nigeria is today. It is not easy for two people, not to talk of just one person.

It is not just about the finances; with raising a kid, you have to be emotionally present. You have to be there for them and nurture them and instill morals in them while you are still working hard to provide for them.

If I am doing all this and my normal work, then one day I decided to congratulate myself, it is not bad. Fatherhood is not only biological. There are so many people that are raised by men who are not their biological fathers but they call them father because those men played important roles in their lives

Celebrating myself on Fatherâ€™s Day does not mean that I am saying I am a man, no. I am celebrating myself on Fatherâ€™s Day because I deserve to be celebrated. I do not see that day as one to celebrate the â€˜man figure. I see Fatherâ€™s Day as one we celebrate those occupying and performing the role of a father to their kids. I am a woman and I love being a woman. I am a queen; a beautiful strong queen and I love it. Fate and destiny have made me play the role of a father and I have taken up that responsibility with the help of God.