The Dutchman passed the seven-time world champion – who had dominated for much of the race – on the final lap of the season as a late safety car and tyre change swung momentum in his favour.

Mercedes’ fury was largely aimed at FIA race director Masi after he decided to not allow cars to unlap themselves, as is tradition, only to change his mind to set up the final lap showdown between Hamilton and Verstappen.

Mercedes withdrew their appeal against the result after the FIA pledged an investigation into the events surrounding the safety car procedures.

Verstappen has been enjoying sim racing during the winter break, participating in a 24 Hours of Daytona sim race with Team Redline. 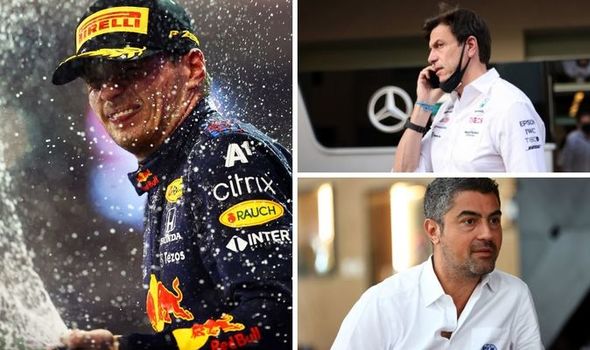 The sim racing team have several cars, including one which is being driven by the 2021 F1 world champion along with Gianni Vecchio and Chris Lulham.

In an earlier race, Vecchio was run off the track rather aggressively by an opponent – and Verstappen’s reaction over the radio will undoubtedly make his fans laugh.

“So instead of giving up his position, he just shunts you out of the way,” Verstappen said immediately after the crash.

“No worries, I’ll report it to Michael Masi.”

While his team tried to bounce back and continued the race in pursuit of victory, Verstappen decided to mimic Wolff as he pled with Masi when the title slipped from Hamilton’s clutches.

Wolff lost his temper as the final lap at the Yas Marina Circuit unfolded a month ago, yelling at Masi over the radio in disbelief.

The FIA’s secretary-general of motorsport, Peter Bayer, is leading the inquiry with new FIA president Mohammed Ben Sulayem ‘taking a personal involvement in the review’. Ben Sulayem, who succeeded Jean Todt in December, is dealing with the matter urgently.

Hamilton, a seven-time world champion and F1 icon, will wait for the results of the investigation into the Abu Dhabi controversy before deciding on his future. 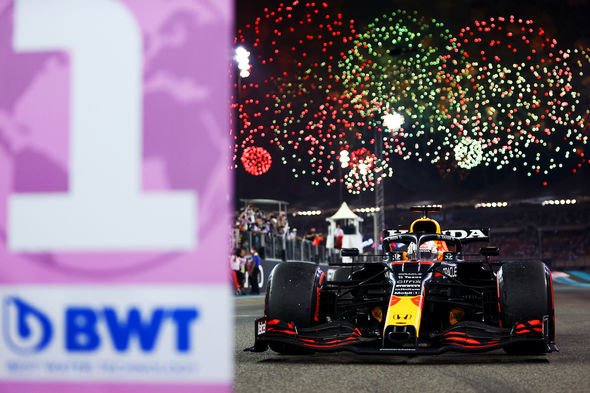 The 27-year-old is said to be ‘disillusioned’ with the sport following the incident.

Hamilton and Mercedes team members did not conduct any other media interviews after the season.

The Brit, who was knighted at Windsor Castle following the season, is yet to post on his social media accounts since the events of 12 December 2021.

The 23-race 2022 campaign begins on 18-20 March, with winter testing for the all-new generation of cars underway from 23 February.

#AFCON2021: 12 Tunisian players to miss clash with Nigeria after testing positive for COVID