TOTO WOLFF remains scathing of FIA officials more than a month on from the infamous 2021 F1 finale, but had kinder words for eventual champion Max Verstappen.

Toto Wolff has accused F1 officials of “three rule violations” which he says changed the course of the title race. Lewis Hamilton looked set to take the chequered flag and win his eighth world title in Abu Dhabi at the end of last season, but an infamous ending to the race saw that glory snatched from him and thrust upon rival Max Verstappen.

Race director Michael Masi called in a safety car with just a few laps to go after Nicholas Latifi crashed, as was expected and required of the situation.

What Mercedes did not expect was for that safety car period to be ended prematurely before all back markers had unlapped themselves so racing could resume for the final lap.

Verstappen, who had changed to new soft tyres and had closed right up to the race winner, overtook on the final lap to triumph in the race and claim his maiden F1 title. 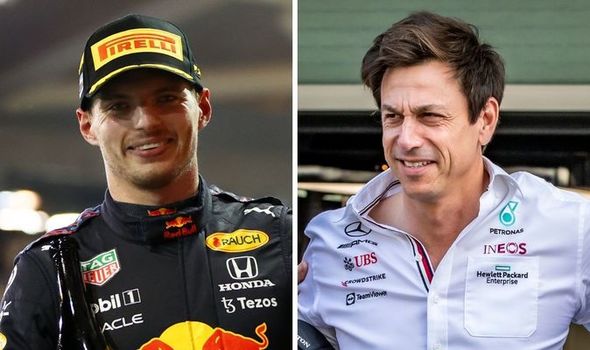 Wolff was heard screaming down the radio at Masi, telling the race director: “This isn’t right,” before simply being told in response: “It’s a motor race, Toto.”

Mercedes’ subsequent protests were thrown out by the stewards and they eventually dropped their plans to appeal fully, but the ill feeling remains.

The team has called upon the FIA to make changes, and Hamilton has threatened to quit the sport unless he sees some progress on that front soon.

Wolff, meanwhile, continues to fume over what happened and still believes race officials broke three rules which saw the title snatched away from his star driver.

“That will never be forgotten. Because what happened to Lewis was just wrong,” he told Austrian newspaper Krone.

“He was unbeatable that day. Until the race management have blown the fuses and decided on three rule violations. It’s just hard to understand.”

He went on to say some kind words about eventual champion Verstappen – even if he did caveat it with an assertion that Hamilton had been the better racer on the day.

“It will always lag behind us, even though Max Verstappen is a worthy world champion over the course of the season. But that day one was better than the other – and he didn’t win,” he added.

Hamilton’s future in the sport remains up in the air as a result of what happened at the end of last season.

He remains contracted to Mercedes, but Wolff fuelled retirement rumours by saying he hopes the Briton will stay for another year, rather than flatly stating that he will honour his contract.

If Hamilton does decide to call it a day, the Austrian believes it would be an “indictment” of the sport.

“I really hope we will see him again. He is the most important part of our sport,” Wolff continued.

“It would be an indictment for the whole of Formula 1 if the best driver decided to quit because of outrageous decisions.”

Hamilton is set to meet with Wolff “in February at the latest” so they can discuss his future, with nothing concrete to be decided before then.