The skydiver aircraft plummeted to the ground 200m from a runway at Orebro Airport in Sweden around 7.25pm on Thursday, July 8.

The plane caught fire after crashing. 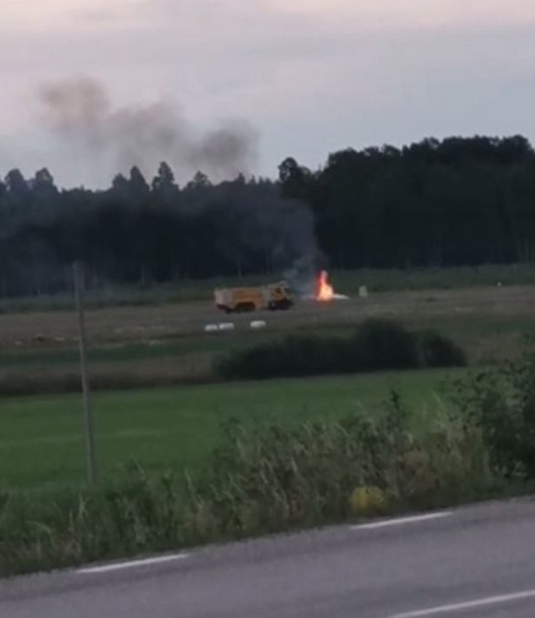 It is believed that eight parachutists and a pilot were on board.

Pictures show police cars and ambulances at the scene. Firefighters were also there to extinguish the fire.

Trending: What Burna Boy Said About Wizkid Type Of Music