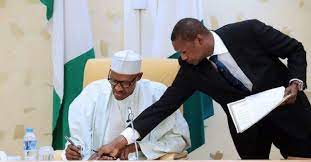 The Attorney General of the Federation (AGF) and Minister of Justice, Abubakar Malami (SAN) has said the nefarious activities of bandits was the reason the govt approached the court to tag them as terrorists.

The Editor Nigeria report that Malami made this known in a letter dated October 29, 2021, and addressed to President Muhammadu Buhari.

The minister advised the President to proscribe various bandit groups in the country because their activities was threatening national security and the existence of the nation.

The minister stated these bandits’ activities have a negative effect on the people and the economy.

He said the Federal Government decided to approach the Federal High Court in Abuja after receiving a directive from President Buhari on November 3, 2021, on the issue.

Malami added that he directed the Director of Public Prosecution of the Federation (DPP), Mohammed Abubakar, to file a motion before the court to that effect.

The letter reads: “Sir, the activities of these groups and individuals no doubt constitute a breakdown of public order and safety, a threat to national security and a threat to the corporate existence of the country,” he had said in the letter.

“The activities of these groups and individuals, as confirmed by security report, include unwholesome acts of banditry which include kidnappings, mass abductions, cattle rustling, attacks and killings in communities and commuters and wanton destruction of lives and properties.

“Yan Bindiga, Yan Ta’adda and other similar banditry groups have in recent times engaged in the mass abduction of school children and other citizens across the North-west and North central states of the country.

“All the above-mentioned activities of Yan Bindiga, Yon Ta’adda and other similar banditry groups constitute acts of terrorism, threat to national security and the corporate existence of the country.

“It has therefore become imperative for the President, Commander-in-Chief to declare Yan Bindiga, Yan Ta’adda and other similar banditry groups as proscribed organisations in accordance with the provisions of Section 2(1) (a} (b) (c) of the Terrorism (Prevention) (Amendment) Act of 2011 (as amended).

“A fundamental condition for the success of an application to the Federal High Court by my office to declare an organisation proscribed is the exhibition before the court of a presidential approval to that effect.”