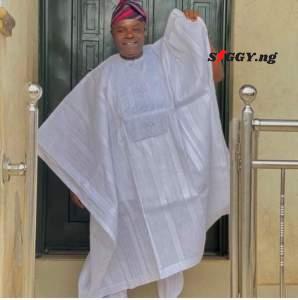 Professor Abass Olajire, a senior lecturer at the Ladoke Akintola University of Technology, LAUTECH, Ogbomoso, on Friday slumped and died in a mosque while observing Solatul Jum’at, The Editor Nigeria learnt.

A lecturer who confirmed his death to said both staff and students from Chemistry department are currently mourning and in panic mood.

One of the medical students that was at LTH when he was brought in during Jumu’ah also told our correspondent that he died at Ansarudeen Mosque while praying and was quickly rushed to teaching Hospital where he was confirmed dead.

Family sources said the late scholar will be buried in Ibadan on Saturday, according to Islamic rites.

Olajire was recently listed among the top scholars in the world, according to a ranking released by Elsevier B. V (Netherlands) and a team of researchers led by Prof. John P.A. from Stanford University, United States.

Fadeyi said, “The University Management is devastated at the sudden death of Abass Abiola Olajire, a renowned researcher and erudite Prof. of Industrial/Environmental Chemistry, whose research interest was in Petroleum Chemistry and Green synthesis of Nanoparticles/Application.

Acting Vice-Chancellor, LAUTECH, Prof. Mojeed Olaide Liasu, who became perplexed at the receipt of the sad news, said Prof. Abass was a shining star in the institution and described his passage as a big blow.”

Olajire was a recipient of the Best Lecturer award by the LAUTECH branch of National Association of Mathematics Students, 1994.

Advertisement
Related Topics:Lautech
Up Next