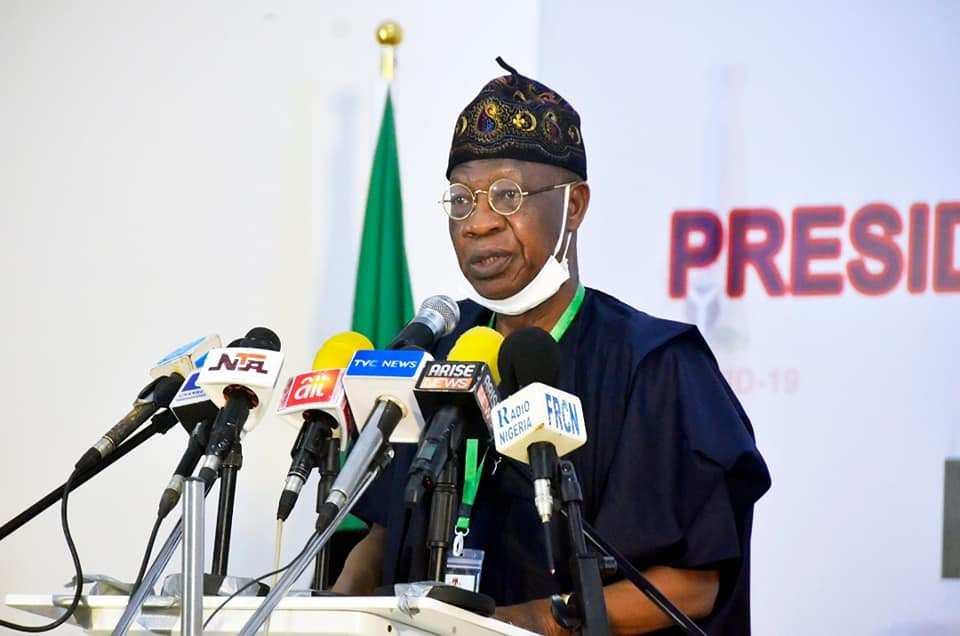 Nigeria Minister of Information and Culture, Lai Mohammed has said Boko Haram terrorist group are no longer occupying any part of the country and hence they no longer receive tax from citizens.
The Minister stated this on Thursday, December 3 during and interaction with the Newspaper Proprietors Association of Nigerian, NPAN in Lagos State, theeditorng.com gathered.

Recounting victories recorded by the Muhammadu Buhari-led administration against the dreaded Boko Haram insurgents, Mohammed said the issue of suicide bombing, attack on religious gatherings and homes, especially in the Northern parts of the country has become a thing of the past.

He added,Â â€œMotor parks, churches, mosques, shopping complexes were not spared. Today, that is a thing of the past. Suicide bombers used to have a field day detonating their bombs and killing innocent people.
â€œToday, that is no longer the case. Detonating improvised explosive devices (IEDs) used to be a deadly tactic of Boko Haram. Today, that has changed.â€

The Minister again said the victories were not mere happenstance but part of the effort made by the Nigerian Military under the Buhari led government.
He said,Â â€œBoko Haram used to occupy territory, deposing and installing Emirs and collecting taxes. Thatâ€™s no longer the case. These changes are not mere happenstance. They are part of the successes recorded by the military, under this president.â€

The Minister further described as baseless the call by some Nigerians that the president should resign from his position. According to him, the calls are a mere distraction and cheap politicking.

â€œIn the wake of the killing, there have been calls in some quarters for Mr. President to resign.Â Well, let me say here that this call amounts to playing dirty politics with the issue of security, and it is cheap and irresponsible. Mr. President was elected in 2015 for a four-year term and re-elected in 2019 for another four-year term,â€Â said Mohammed.

He added,Â â€œNo amount of hysterical calls for resignation will prevent him from serving out his term.â€

Tinubu In A Closed-Door Meeting With Aregbesola, Gov Oyetola In Osun