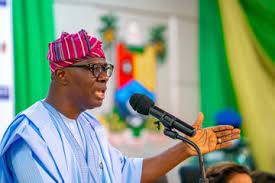 The Lagos State Government says that it has increased its contribution to staff retirement savings accounts from 7.5% to 10% to improve the living conditions of these workers in retirement.

This was made known by the Lagos State Commissioner for Establishments, Training and Pensions, Mrs Ajibola Ponnle, during a joint appearance with the Director-General, Lagos State Pension Commission (LASPEC), Mr. Babalola Obilana, on a Lagos Television programme “Lagos Today”.

Ponnle stressed that the increase in the monthly contribution to the retirement savings of workers is a form of social security intervention by the State Government.

What the Lagos State Commissioner is saying

Ponnle in her statement said, “The Lagos State Government was responsible for contributing 7.5% until Y2020 while the employees contributed 7.5% making a total of 15% in all. However, the present administration has now increased its share of contribution to 10% of the monthly pensionable salary, while the employees now contribute 8% as opposed to the previous 7.5%. What this means is that there is a lot more savings for officers when they retire.’’

The Commissioner further stated that the Defined Benefits Pensions (DBP) are paid monthly alongside staff salary, adding that Lagos State Government pays over N170 million every month for DBP.

Ponnle acknowledged the passion of Governor Babajide Sanwo-Olu for workers and retired public servants, with emphasis on the consistency and commitment of the governor to the welfare of staff and pensioners.

What the Director General of LASPEC is saying

Obilana said: “Most of the time when retirees complain about their benefits, we take it up immediately with the PFA concerned. This is because the Governor intends to ensure that by the time an officer retires, he gets his retirement benefits.’’

He is of the opinion that there is a high possibility that by early next year all the outstanding backlog of retirees’ entitlements would have been paid with the way the Sanwo-Olu administration is paying out tranches of backlog.