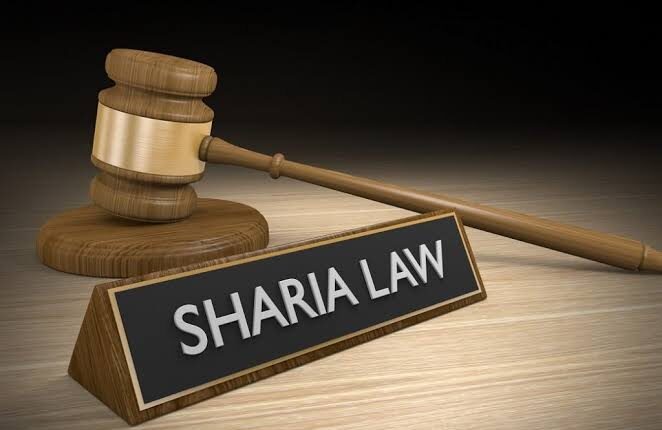 The desperation of Bola Tinubu has reached another apex when we thought he could not bend down lower for his Northern masters.

The Lagos state house of assembly secretly and hurriedly passed a bill for the setting up of Sharia courts paving way for Sharia law in Lagos which has since been signed into law by the current state governor.

Why was this bill passed and signed into law without public scrutiny and awareness? Why did the Lagos State governor or the House of Assembly not make public this landmark bill? Were they afraid of the backlash that would have greeted this bill at even the proposal stage? Who sponsored this bill, voted for or against it at the House and why was there no public awareness or call for public contributions in deliberating on such a social disruptive bill? These are pertinent questions that need urgent replies! Why also is the current Lagos State governor evading questions on the bill? Why is no one in Alausa where the bill was drafted and passed refusing to answer questions on this bill? From all indications this bill is not meant for the benefit of the state and its citizens but rather serves a political agenda. And who does this bill stand to serve the most other than the ever asslicking Bola Tinubu.

This bill effectively makes Lagos a Sharia state equivalent to the likes of Zamfara.

This is how same Tinubu brokered the release of General Bamiyi and Major Al Mustapha at the Appeal court through the corrupt and partisan Justice Salami. The Lagos State govt Prosecution team led by the current VP, Yemi Osinbanjo did not contest the flimsy technical grounds used by the defendants to evade justice and did not bother to seek a higher ruling to thwart the crooked ruling by Justice Salami . Like this Sharia bill, the Bamiyi and Mustapha discharge (not acquittal) was brokered as a precondition to get the ACN and CPC alliance. The Lagos State govt would have rearraigned both Mustapha and Bamiyi on the same murder charges leveled on them for the assassination of Kudirat Abiola but they went to sleep which is proof on itself that the Lagos state govt botched their own case to see to the duo of Mustapha and Bamiyi literally getting away with murder. This is how Bola Tinubu used the blood of MKO Abiola and his wife Kudirat to advance his political career since his days as a fake NADECO member.

Now the same north has gotten another major concession in the form of Sharia law in Lagos as a precondition to back Tinubu’s DOA presidential campaign.

Is there nothing sacred to this man? Are there no red lines he won’t cross to achieve his inordinate ambition ?

The Muslim-Miuslim ticket was not enough for the fundamentalist Islamic north , they had to have sharia law for Lagos (and who knows states like Osun would definitely had since passed same Sharia legislation).

If Yorubas are stupid to back this man of no origin ,they will wake up one morning to a Fulani Emir in Lagos.

For idiots in the south who support this man, know that Tinubu had openly supported Fulani expansionism and made excuses and defended their criminal terrorist ways in the SW. This is the same man that was the lone voice in the south calling for amnesty for Boko Haram in 2012. Will it be a “shock” to you if he grants them not only amnesty but an autonomous enclave in the blighted war torn NE and parcel large swaths of land in the south for the RUGA agenda using the stalled Water Bill?

Other than that Kwara folk, Ishaq Akintola, have Yoruba Muslims in Lagos ever demanded for Sharia law?

Tinubu is a festering cankerworm that has been allowed to pollute and destroy Yoruba politics, culture and identity. This is why bastards are hated the world over for they have no home nor name to protect.