The saying, “The fear of Gistlover is the beginning of wisdom” has been proven in the life of Nollywood actor, Kunle Afod.

The actor just like Mercy Aigbe has humbled himself to make a life-changing moment in his life.

Kemi Filani News reported on Wednesday, June 29th that the faceless blogger had dragged him as the blog slammed his wife, Desola Afod for putting up with her husband’s numerous affairs. 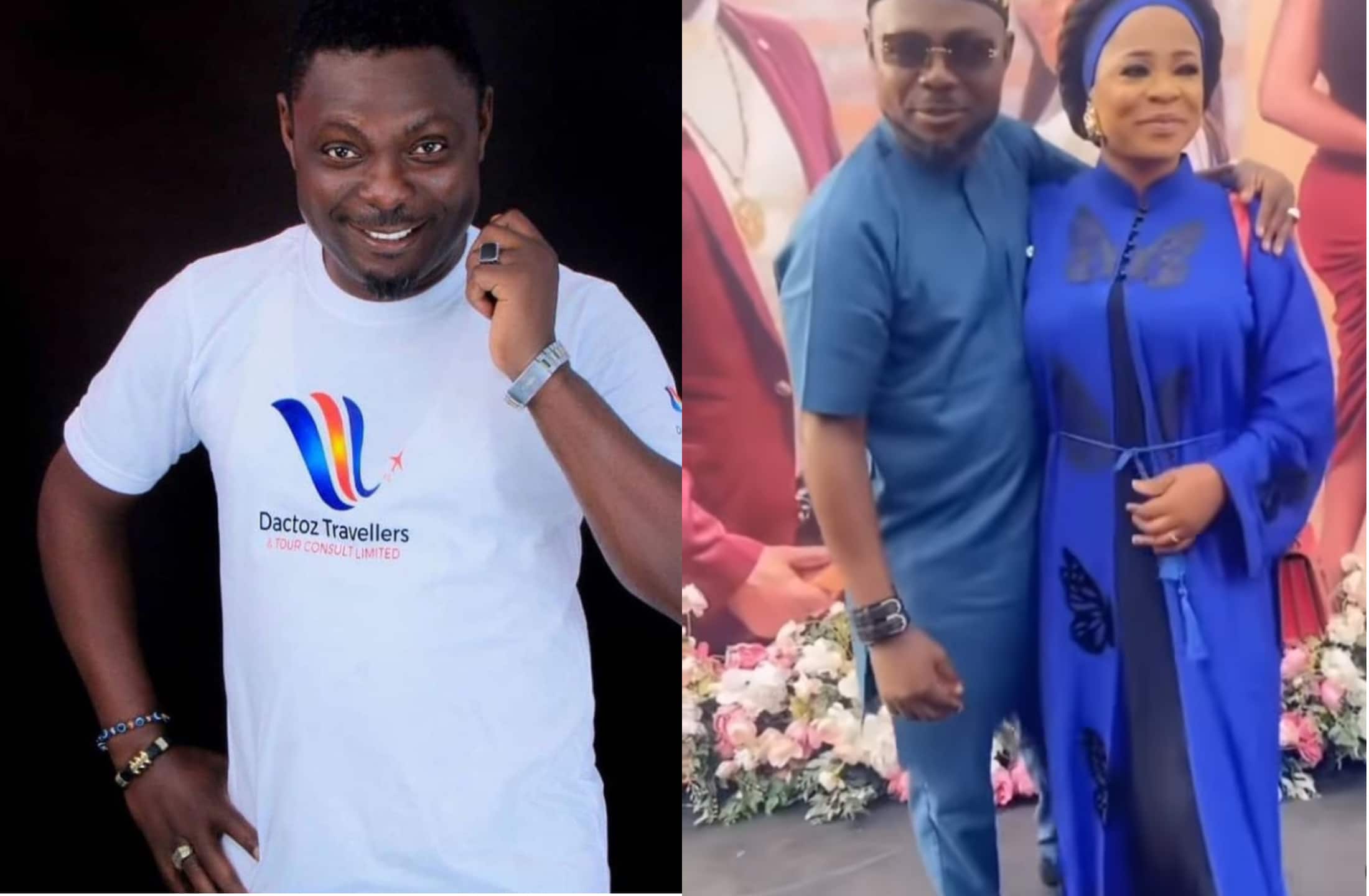 Desola Afod, the beautiful wife of Kunle Afod had blown hot at the blog for spreading rumours about her marriage.

Desola Afod, who always described herself as a celebrity wife, didn’t hold back at lashing out at those wishing her marriage ill luck.

Her outburst came after faceless blogger, Gistlovers exposed the dirty things the self-acclaimed celebrity wife put up with to remain married.

Gistlover described her husband as a public toilet who is fond of sleeping with his film school students, which Desola is fully aware of.

The blogger also spilt on how Desola snatched Kunle Afod from her friend at a birthday party.

In a new update, Kunle Afod has promised to turn a new leave and has begged Gistlover to stay off his case.

This came after the blog vowed to drag him and spill his dirty secrets.

Saving himself from future shame and ridicule, Kunle Afod made a promise to the blog to quit sleeping around.

“This is so laughable in as much as this isn’t a bully platform but this is laughable, God likes when sinners repent, even God rejoices when they do. We are happy going forward Actor Kunle Afod will do better and stick to his wife without throwing his prick up and down, things we love to see. God bless the Afods.

So earlier today, Kunle Afod as him don see how itele matter become yam pepper scatter scatter, he reached out to Adekola (one of GLB pikin) and plead that Bukola reach out to me and apologize on his behalf for all his misdeed, because truly there were lots of evidence and we don tell am say after Itele na him dey next on queue before Pa Latin TAMPAN, we are glad moving forward he will change and be of good conduct and to the Abebelube celeb wife too, God knows even things wey wey want talk sef is of your own benefit for your marriage but your Mushin champion wey dey your body no gree you see Road. He pain me say we no go open this chapter again as this platform is not even meant to disgrace people but who would have thought say as you dey do boda mi boda mi reach them dey well story for another day, for now let’s celebrate a repented soul, Kunle Afod you are doing well moving forward please we no wan hear any kurukere again, let all these girls be, house don full already, face your wife and your kids and see things turn out for you. I come in peace.

Note : This is not to mock them but to explain to the general public why we won’t be doing their case again and to apologise to those who brought reports about the Afods that they are new creatures now, Old thing have passed away. God bless everyone”.

Recall Kunle Afod has been linked to several women in the industry.

He was accused of having an affair with an actress, Motilola which led to the crash of her marriage.

Kunle Afod’s wife found out about her husband’s affair with Motilola and she could not keep it a secret. She exposed the actors and also revealed that her husband was the father of Motilola’s last child because of the striking resemblance between them.

Also, he was accused of sleeping with his colleague Mariam Muftaudeen the babymama to Lagos State Chapter of National Union of Road Transport MC Oluomo.

Mariam Muftaudeen made this known in a series of rants on her Instagram page while attacking her married colleague Olayinka Solomon.

In the post on Instagram, Maria said Olayinka Solomon accused her of sleeping with Kunle Afod and dared her to bring up proof.