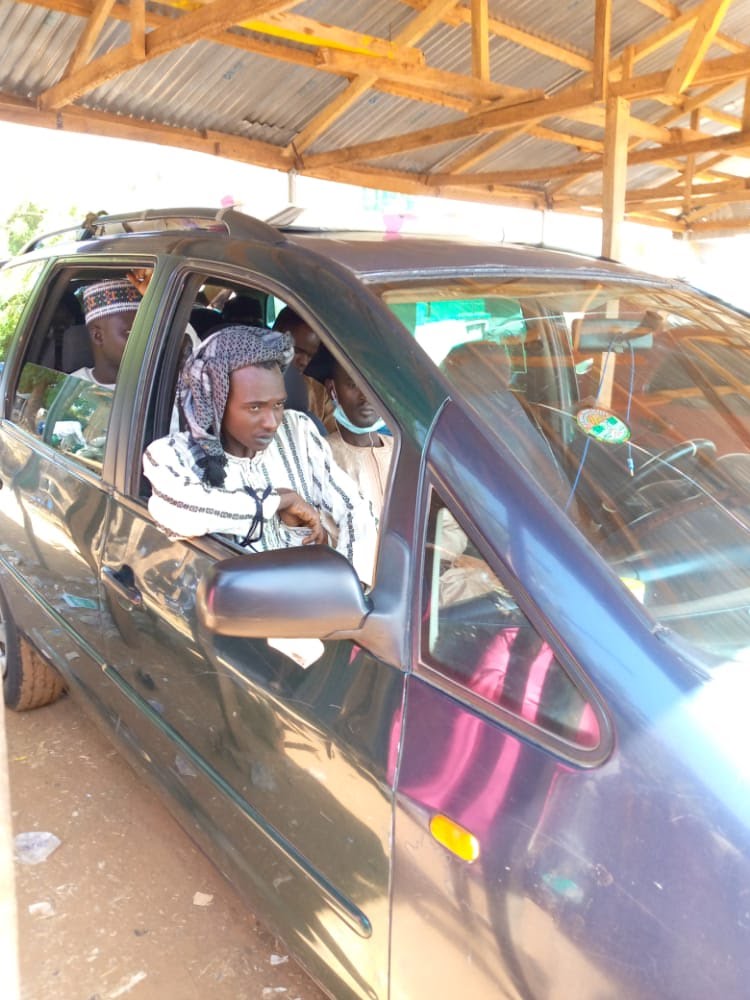 Drama As The Kidnapped Identifies His Kidnapper Among Passengers.

The incident that took place at Kwannawa is not one of those situations you come bye everyday, as a commercial driver identified one his kidnappers among his passengers.

The driver whose name was not disclosed was abducted along Kankara in Katsina state while returning from Kano about two months ago.

According to theeditorngr.com, the driver was held in the kidnapperâ€™s den for three weeks before he was released after the payment of an undisclosed amount of money as ransom.

Things, however, went south for the suspect when he boarded a vehicle going to Kano, unknown to him, it was the same vehicle they blocked and kidnapped its driver.

One of the NURTW members who spoke on the incident said, â€œThe driver was quick to identify him because the incident happened not too long ago.â€
â€After identifying him, he alerted our leaders who in turn informed the nearest police outpost.â€

It was reported that the leaders changed the driver of the vehicle with another person after the car was loaded with passengers, the new driver started driving the car towards Shuni town.

While on their way, the police blocked the car and arrested the suspect and took him to their office.
The suspect while been questioned disclosed that he belongs to a gang of kidnappers who fondly called him â€˜Hadariâ€™ and this was later confirmed by the driver when invited for questioning.

â€œThe police were surprised when the driver told them the name because he was not around during the interrogation.â€
It was said that the suspect was later transferred to the Sokoto State Police Command headquarters for further investigation.

The incident was confirmed by the spokesman of the Command, DSP Muhammad Sadiq.

Insecurity In Nigeria: “…It Is A National Shameâ€ – Moghalu