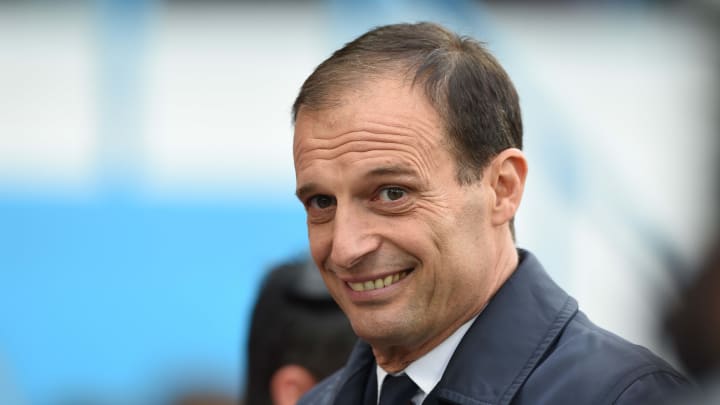 Juventus have reappointed Massimiliano Allegri as their new manager.

Andrea Pirlo was dismissed on Friday morning after a difficult debut campaign in charge of the Italian club, who were eliminated by Porto in the Champions League round of 16 and finished fourth in Serie A.

Allegri, 53, returns to management after leaving Juventus in 2019. During his time at the club he won five consecutive Serie A titles, as well as leading the team to two Champions League finals.

What has been said?
A club statement read: â€œAllegri finds a bench he knows very well, a club he loves and loves him, to start a new journey together today, towards new goals.

â€œWe said goodbye, two years ago, with a message, â€œHistory Aloneâ€, delivered by our President to the Coach: a hug and a shirt on which, in two words, all Allegriâ€™s experience at Juve was.

â€œThe beauty of the story, however, is that it never stops. And in football, this means a concept that we have ingrained in our DNA: the best victory is the next. Always.

â€œAnd then we are ready to restart with Allegri, to build our future together; with his enormous professionalism, his moral strength, with the brilliant ideas of a technician capable of clearing the cards, on and off the pitch. With his smile, a sort of â€œsignatureâ€.

â€œWith his way of understanding football and life: simplicity, desire to play down, commitment to enjoy every beautiful moment that living at Juventus can give and will give.â€

Where did it all go wrong for Pirlo?
Pirloâ€™s time at Juventus has not been an unmitigated disaster. Juventus won the Italian Super Cup earlier in the campaign and this month picked up the Coppa Italia with a 2-1 victory over Atalanta.

But Juventus struggled in Serie A, surrendering their league title to Inter Milan and only managing to finish fourth, securing Champions League football on the final day of the season.

Juventus were also underwhelming in European competition. They managed to beat Barcelona 3-0 in Spain to top Champions League Group G, only to lose on away goals to Porto in the round of 16.

What did Allegri achieve at Juventus?
Allegri won a series of trophies during his first stint at the club.

He won five Serie A titles in a row in his first spell in Turin between 2014 and 2019, as well as lifting the Coppa Italia four times and the Supercoppa Italiana twice.

He also led Juventus to two Champions League finals, losing 3-1 to Barcelona in Berlin in 2014-2015, while in 2016-17 they lost 4-1 to Real Madrid, despite a stunning overhead kick from Mario Mandzukic.

What is in his in-tray?
Allegri needs to motivate the team again and have more continuity in results than his predecessor Pirlo.

The 53-year-old knows better than anyone what Juventus are all about and will instantly seek to reclaim the Scudetto the club relinquished to Inter as well as make the team a credible contender in the Champions League again â€” with or without Cristiano Ronaldo.

A serial winner, Allegri adapts to the material at his disposal and strikes on a winning formula. But the team does need a back-up striker, more creativity in midfield and a left-back.

The departure of Juventus’ chief football officer Fabio Paratici has been interpreted as a chance for Allegri to have more influence in transfer strategy but it remains to be seen whether that’s the case and how much money Juventus will have to spend in a market deeply impacted by the pandemic.