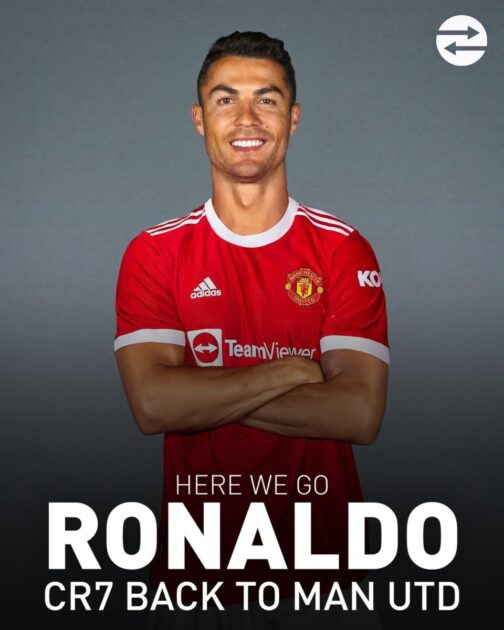 Ronaldo crashes Man United Website and he is arguably the only player alive we know who has been able to do that in recent times.

Cristiano Ronaldo‘s last minute transfer news from Italian Serie A club Juventus to Manchester United has broken the website of the Premier League side.

In a sensational return to Old Trafford where he was signed about 18 years ago, precisely August 12, 2003, Ronaldo whose move to Manchester City was hijacked by United, has since set the internet agog and buzzing with news of Man United agreeing personal terms  and sealing off the over 19 million pounds sterling deal.

A visit to the website of Manchester united at the time of writing this report shows only a blank space as sports bloggers, football lovers and administrators seek to confirm the news of Ronaldo’s return to the English Premier League.

The news of the Portuguese player breaking the internet and shutting down the Red Devils site is already ruling the airwaves and creating some sort of reactions across the online media.

Who do you thin can comfortably feel the gap that Ronaldo left at Juventus?