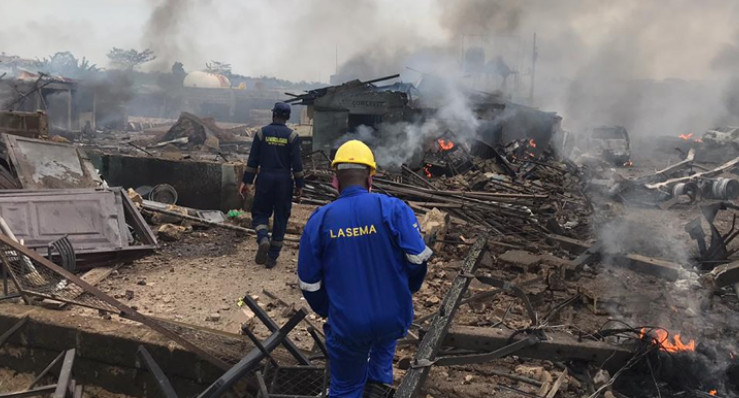 JUST IN: Gas Explodes In Part Of Lagos, Many Injured

Scores of people have been reportedly injured in a recentÂ gas explosionÂ that rocked part of Iju Ishaga in Lagos State.
According to the report reaching theeditorngr.com at this time, the incident happened around 3:30 pm on Thursday, September 24, 2020.

Reports revealed that the explosion, due to its intense has recked structures around the scene of the explosion.
Although, details of the gas explosion is still sketchy as at the time this report was given, a resident, Ikechukwu, who spoke with newsmen upon witnessing the explosion said,Â â€œWe just heard a loud sound around 03.30 pm and we suddenly began to see smoke. The explosion is massive and we are not sure of the casualties but many people are injured.â€

Also, the spokesperson for the Lagos State Emergency Agency, Nosa Okunbor, has confirmed the development, noting that emergency responders have arrived at the scene of the incident.

He said,Â â€œLASEMA Response Team is at Cele Bus Stop, Iju Ishaga. There is a gas explosion. Operation ongoing.â€
This was coming a day after a collision between a tanker and a tricycle saw over 30 people burn alive in Lokoja, Kogi State, theeditorngr.com recalls.

I Was Once A Plumber â€“ Sanwo-Olu