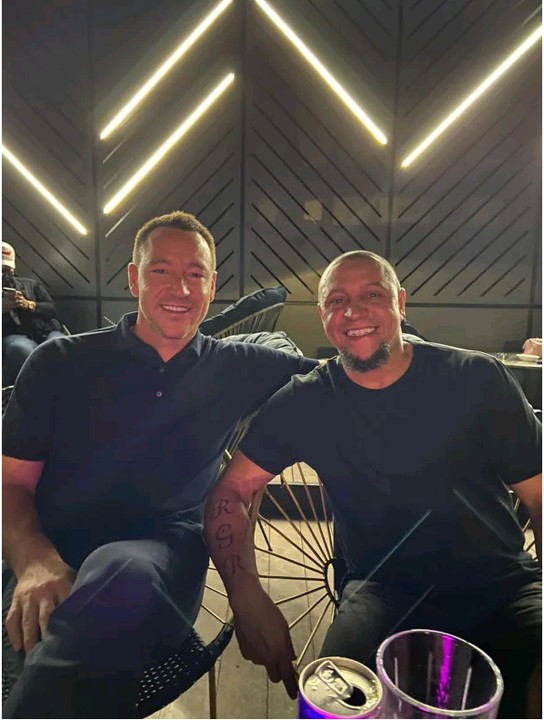 John Terry and Roberto Carlos are in Lagos Nigeria for an exhibition football match billed to hold over the weekend The former Chelsea captain as well as the ex-Real Madrid left-back were spotted when they arrived at the Murtala Muhammed International. 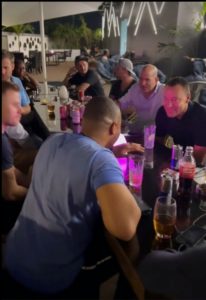 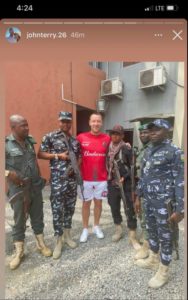 Airport It was gathered that a brand is bringing the decorated players to the West African country to engage in a novelty match alongside the best players in the NPFL.

A former Chelsea of England captain John Terry, as well as Real Madrid legend Roberto Carlos, arrived in Lagos on Thursday, November 18, ahead of a charity match this weekend, Daily Post reports.

The pair were captured the moment they arrived at the Murtala Muhammed International Airport ahead of the Budweiser game of kings. It was gathered that two lucky fans will manage the two teams that will
see the legends feature in a football match along with selected players from Nigerian Professional Football League clubs.

Osinachi Egbuche and Seun John emerged team coach of Smooth FC and Kings FC respectively out of hundreds of hopefuls who were eventually pruned to 30.
Terry and Carlos are expected to lead each team in the contest as a way to help aspiring footballers in their potential career.

In this article:John Terry, Roberto Carlos