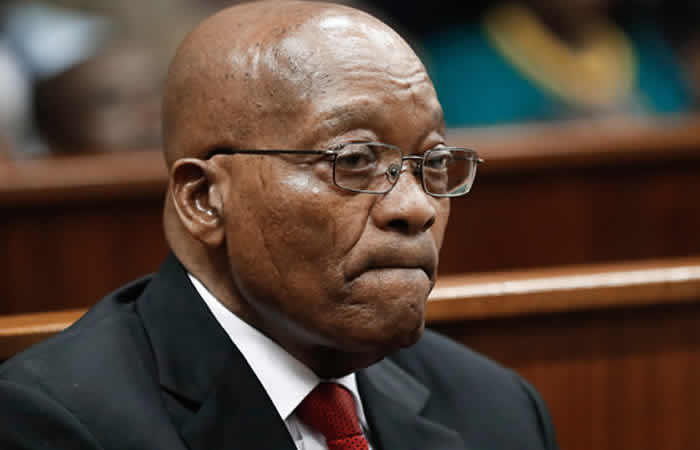 Jacob Zuma has now handed himself to SA police authorities.

The Editor Nigeria recalls that South Africaâ€™s highest court on Tuesday, June 29 2021 ordered the imprisonment of Jacob Zuma, the former president of South Africa, for 15 months on contempt charges, after he defied an order to appear before a corruption inquiry examining the breathtaking financial scandals that tainted his tenure as the countryâ€™s leader from 2009 to 2018.

However, Editor Nigeria reports that Mr. Zuma, 79, voluntarily surrendered on Wednesday, 40 minutes before a midnight deadline for the Police to hand him over to prison officials. He was driven out of his compound in a long convoy of cars and taken into custody a short time after, Police said.

The arrest followed a week of tense brinkmanship in which the former President and his allies railed against the high courtâ€™s decision, suggesting, without evidence, that he was the victim of a conspiracy.

SA Police Releases Statement About Zumaâ€™s Decision To Surrender Self To Police.(check the statement below)

Dear South Africans and the World.
Please be advised that President Zuma has decided to comply with the incarceration order.

He is on his way to hand himself into a Correctional Services Facility in KZN.

A full statement will be issued in due course.
#WenzenuZuma

Student Sets Self Ablaze Over Inability To Pay NECO Fees

HOW TO VOTE ON FIRSTBANK-SPONSORED THE VOICE NIGERIA SEASON 3