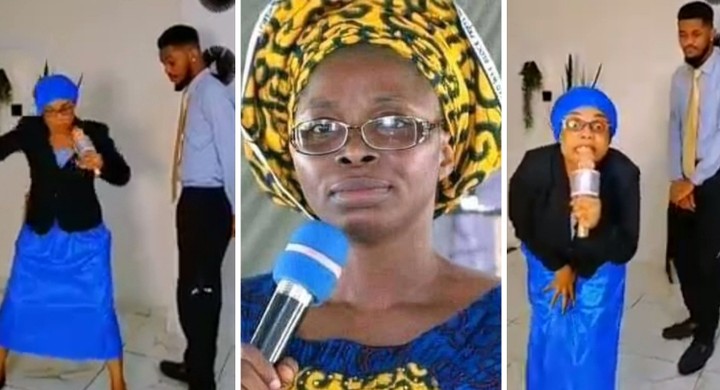 The star actress shared the video of her mimicking the woman of God.

In the video, she could be seen wearing a blue beret on a black Jacket and blue skirt resembling that worn by the Mummy G.O.

She then went ahead to recreate the popular Evangelist’s sermon on “990 years in the kingdom of darkness”.