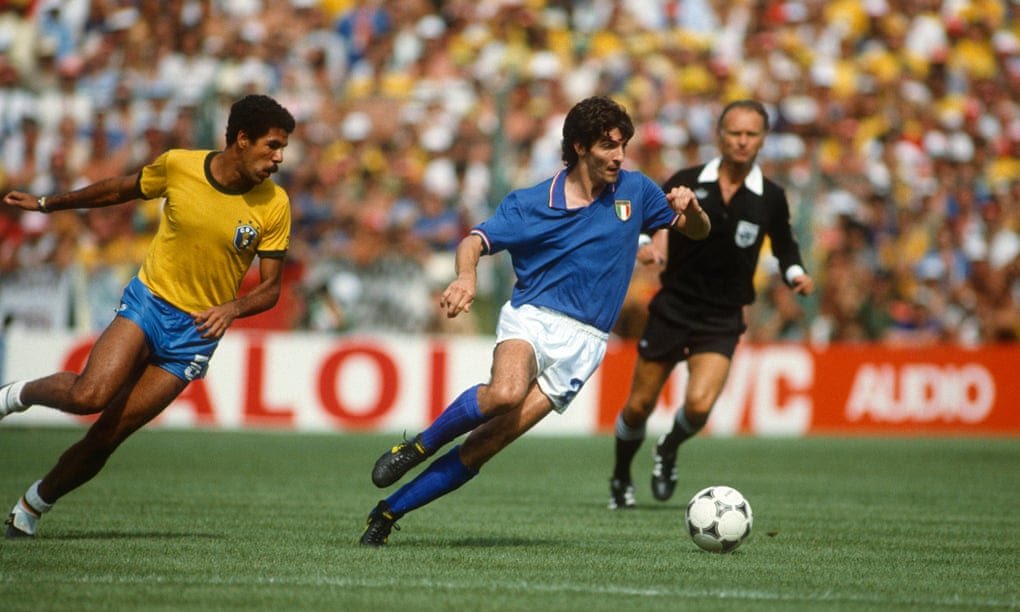 The news was announced in the early hours of Thursday morning by Italian TV channel RAI Sport, for whom Rossi had been working as a pundit.

â€œA very sad news: Paolo Rossi left us,â€ RAI Sport presenter Enrico Varriale tweeted. â€œUnforgettable Pablito, who made us all fall in love in that summer of â€˜82 and who has been a precious and competent workmate at RAI in recent years. RIP dear Paolo.â€

Shortly after the news broke, Rossiâ€™s wife, Cappelletti Federica, posted a photo of herself and her husband to her Instagram account along with the words â€œper sempreâ€ â€“ â€œforeverâ€.

She did not disclose the cause of his death.

The former Juventus and AC Milan player is widely regarded as one of the best forwards of all time and is most famous for his heroics at the 1982 World Cup in Spain.

In the final he scored the opening goal as Italy defeated West Germany 3-1. Earlier in the tournament, in what is still considered one of the best World Cup performances, he scored a hat-trick to beat Brazil 3-2 and send one of the favourites out early. Rossi won the tournamentâ€™s Golden Boot and Golden Ball and, in the same year, the Ballon dâ€™Or.

That he was involved in the 1982 World Cup at all was only down to a reduction of a match-fixing ban. Rossi was the worldâ€™s highest-paid player when, in 1980, he was banned for three years after it emerged that a 2-2 draw between Perugia â€“ where he was on loan from Vicenza â€“ and Avellino was fixed by a betting syndicate.

Rossi denied involvement and his ban was commuted to two years. The then 25-year-old, who had been purchased by Juventus in the interim, returned to the game two months before the tournament.

Rossi spent his entire club career in Italy, winning two Serie A titles and helping Juve to the 1984 European Cup.

Tributes began to flow on social media, with JÃ¼rgen Klinsmann among world football figures to share his condolences. â€œDear Pablito, we always remember you!â€ he tweeted.

Rossi is the second World Cup winner to die in the space of two weeks following last monthâ€™s death of Argentine great Diego Maradona from a heart attack.