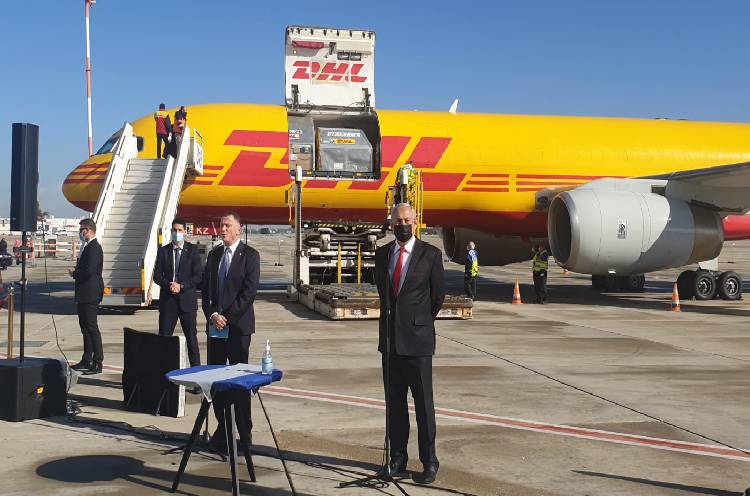 Israel has received its first shipment of Coronavirus vaccines on Wednesday December 9, the first of about 8 million Pfizer vaccines that the country is expected to receive, the countryâ€™s health ministry said in a statement.

A DHL cargo plane landed at Ben Gurion Airport carrying what officials said were tens of thousands of doses of Pfizer Inc. vaccines for a trial run of transportation and storage procedures.

Israeli Prime Minister Benjamin Netanyahu while receiving the vaccines at the airport said â€œI believe in this vaccine.â€ He said he hoped the that the vaccine will receive the regulatory approvals â€œin the coming days.â€

Another batch of tens of thousands of vaccines is expected to land in Israel on Thursday, according to health officials.

Overall, the country with 9 million population is expected to receive some 8 million doses of Pfizer vaccine, enough to vaccinate about 4 million people.

Israel is developing its own coronavirus vaccine and has also ordered vaccines from Moderna and AstraZeneca.