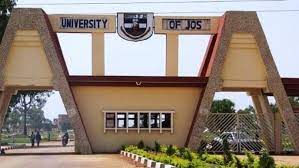 Authorities at the University of Jos have ordered students on campus to vacate their hostels with immediate effect until further notice, saying the hostels have been shut down.

The closure of the hostels is coming two weeks after the students and staff of the institution protested the suspension of the ongoing selection process for the appointment of a new vice-chancellor of the university.

The closure of the hostels is also coming amidst speculations that the National Universities Commission was bent on imposing a new VC on the institution to succeed the outgoing VC, Prof Seddi Maimako, whose tenure will elapse in June.

But in a circular addressed to members of the university community which was released on Friday night, the Deputy Registrar of the University, Information and Publications, Abdullahi Abdullahi, said that the closure of the hostels followed security report regarding threats to the students, staff and properties which identified hostels as soft targets.

Abdullahi said, â€œManagement of the University of Jos has directed that all hostels in the university should be closed.

â€œThis follows an emergency meeting Management held with the Universityâ€™s Dean of Students Affairs, Chief Security Officer, President, Students Union Government, Speaker of Parliament and External Security Agencies on Friday, April 30th, 2021. The meeting deliberated on a Security Report regarding security threat to the University Staff, Students and properties. As a result of this, soft targets like the Hostels are in great danger.

â€œIn the light of the above, the hostels are to be closed with immediate effect. This is in the interest of the safety of students until all security measures have been perfected to protect the campuses as well as the hostels.

â€œHowever, all examinations are to continue unhindered.

â€œMembers of the university community are to note and strictly comply with this directive.â€