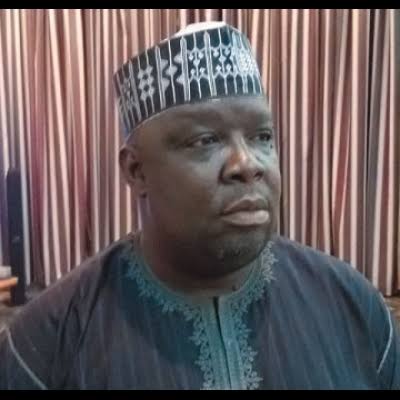 …Calls for Committee to regulate sales and distribution of cattle

Worried by the rising insecurity in the country, Senate Deputy Leader and Senator representing Kebbi South District, Senator Bala Ibn Naâ€™ Allah has called on the federal government to as a matter of urgency enhance the institutional capability of those who are charged with the responsibility of ensuring law and order to see how to get the country out of the woods.

Naâ€™ Allah who made this call in his submission at the first Annual Dinner Night & Discourse organized by the National Association of Online Security Reporters (NAOSRE) held in Lagos on Friday regretted that all attempts to ensure that the Police had been reformed over a long period of time had been rebuffed by people in leadership simply because the system worked for them and therefore, effort to have it remain within the circle of government becomes the work of the day.

He however noted that if Nigerians work towards a system that works for them, whether they are in government or out of government, one would have seen that the quest to be in government would reduce.

The Senator noted that no country in the world had witnessed the uniqueness of the insecurity that Nigeria was facing today adding that the development had more to do with the past misdeeds of the leaders.

â€œWe never thought that a situation will get as bad as this. We were thinking that the people will continue to endure our excesses and I think that now, time has come that it is no more possible to rule the people based on deception.

â€œTake for example, cattle rustling; when you take these cattle, they are not consuming them. They are sending them somewhere. So, why canâ€™t we come up with a committee that will regulate the sale and distribution of cattle? We can do it because you cannot carry cattle on your head from letâ€™s say Abuja to Lagos or Kaduna to Imo or to any other place where they go to sell these cattle, they go by road in a trailer. So, it is not difficult to regulate this kind of thing.

â€œSo, what is difficult to regulate this kind of thing so as to make sure that whatever it is that is being transported is coming from a source that is genuine? But you see there is no institutional commitment to do this kind of intervention and therefore, it is easy for cattle to be rustled, load them in a trailer and then deliver them in Lagos or elsewhere and sell them and make money and go.

â€œSo, our control strategies are at variance completely with the intended intervention. It is really a bit difficult but I am beginning to think that with the level we reached now, it has dawned on everyone whether in government or out of government that there is the need to secure this country and that need overrides any other need. And I hope that government will begin to look at the wisdom in trying to enhance the institutional capability of those who are charged with the responsibility of ensuring law and order to see how we can get out of where we areâ€, he stated.

The senator who further observed that the Boko Haram issue had more to do with fundamentalism arising from lack of adequate knowledge about the religion of Islam itself blamed the incidences of kidnapping and banditry on the inability of the policies of government to help develop the northern part of the country economically over a period of time.

â€œReason being that the creators of our constitution wanted us to develop evenly and that was why consideration was given to the population and then land mass as a way of creating local government so that the resources of the country can adequately be distributed in such a manner that the country grows evenly and then, then welfare of the citizens becomes a priority.

â€œBut unfortunately, government became a little bit not in accordance with the constitution. Governors refused to allow local government to use their resources and everything was cornered within the state thus economically strangulating the local government which is the grassroots. And then, if you notice carefully, this issue of banditry actually arises from or occurs monthly in the rural areas and it has to do with cattle rustling and then kidnapping for money and all that.

â€œI think that if we sit down and then soberly reflect on where we were and how we came to this place; it is an issue that I believe can be easily reversed in the sense that first, let us grow our institutions. Secondly, let the rule of law rule; thirdly, let everyone who goes against the law of this country be made accountable irrespective of his religion or ethnic background. So, let us see the country as one country with laws that have the capacity to regulate the affairs of men. But the issue is that you and me know that that is not what we have todayâ€, he said.

He however called on Nigerians to see the country as one with laws that had the capacity to regulate the affairs of men saying â€œyou and me know that that is not what we have today.â€

According to him, â€œThe country will do itself good if we jettison politics and jettison everything and then go back to the root cause of where were before and how we come to where are today. Could it be prolong wrong policies of government that didnâ€™t work out well? Could it be the breakdown of institutions that have the responsibility of ensuring lives and properties of citizens are secured? What other issues could have landed us to where we are?â€